Scammers Target People, Firms in UK; Ransomware Attacks in the US on the Rise

Authorities in the United Kingdom warned on Wednesday of scammers posing as County Court bailiffs who are sending emails attempting to force businesses and householders to make quick payments. In the U.S., meanwhile, officials report an increase of ransomware attacks. 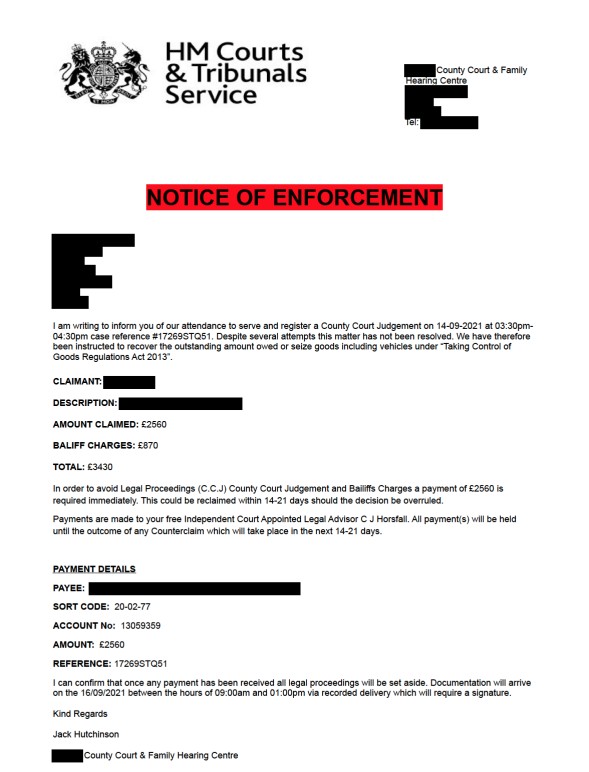 The U.K. authorities warned of scammers posing as County Court bailiffs who are sending emails attempting to force businesses and householders to make quick payments. (Photo: U.K. Government)“The scammers claim that the person owes money, often using the name ‘John Hutchinson’ as well as others,” the U.K. Government said in a statement.

Soon after sending the email, they proceed with a phone call that appears to be from an official phone line, demanding urgent payment from the victims and threaten them with confiscation of their goods.

Authorities reminded people that a County Court bailiff would never call or email to demand money or immediate money transfers.

Meanwhile across the Atlantic, the U.S. Cybersecurity and Infrastructure Security Agency (CISA) and the Federal Bureau of Investigation (FBI) warned about “the increased use of Conti ransomware in more than 400 attacks on U.S. and international organizations.”

Earlier this year, Interpol warned that law enforcement agencies around the world have been struggling to combat ransomware — a unique form of cybercrime that has surged during the COVID-19 pandemic as large swaths of the population have adapted to working from home and office spaces have become increasingly digital.

Ransomware attackers were paid US$406 million in 2020, and $81 million by May of 2021 alone, according to Chainalysis, a cryptocurrency watchdog NGO.