In an operation that led to the arrest of 107 individuals, Spanish, German and Albanian police dismantled a clan-based organized crime network that managed cannabis plantations in Spain and is suspected of drug trafficking. 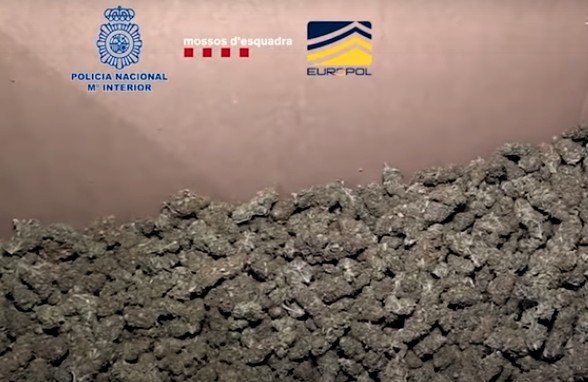 Spanish authorities uncovered 51 cannabis farms and seized 25,000 plants, arrested 107 individuals. (Photo: Europol, screenshot)The raids, which took place on July 13, but were only announced by Europol last week, were carried out by 400 police officers stationed in 42 different locations across Spain.

Members of the network, which was operating internationally and believed to be distributing its product to other European countries, were mostly Albanian-speaking, but also included Spanish, Slovak and Greek nationals.

Authorities also found that the network was illegally diverting electricity to aid their cannabis cultivation; estimating that over $1.8 million worth of electricity was stolen.