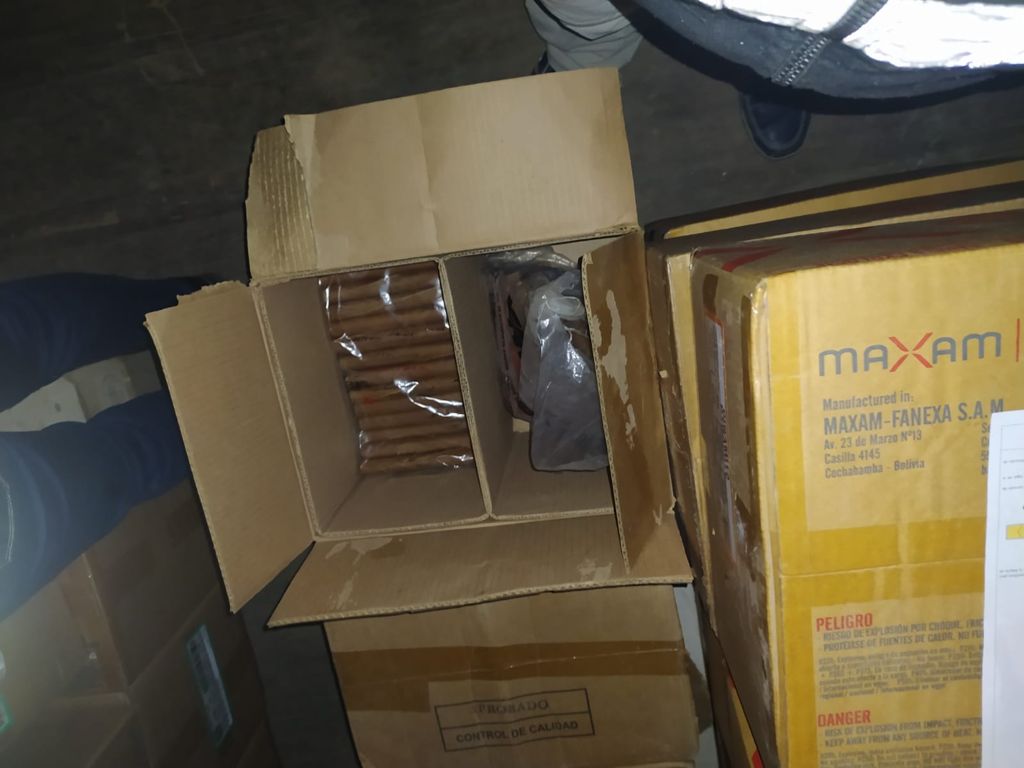 They also confiscated thousands of dynamite sticks, as many as 4,836 in the city of Huarmey alone. Pictures from the raid tweeted by the Peruvian National Police show multiple boxes of dynamite at the scene.

At one of the locations, authorities also found a clandestine gold-bearing material processing plant. InSight Crime reported that the criminal network allegedly trafficked explosives to illegal mining operations. El Comercio said the network is comprised of two family clans, and that it has allegedly been in business since 2017.

This is not the first time this year that Peruvian police have dismantled criminal networks selling high explosives.

In June, police intelligence discovered a separate illegal mining outfit in the northwestern La Libertad region, leading to the seizure of some 7,680 units of dynamite, as reported by Andina.

The dynamite, along with its necessary components, are reported to have been destined for Bolivian mines.

According to El Tiempo, the market for illegal explosives appears to be controlled by transnational organized crime groups. Transportations are made across the entire region, with explosives crossing from Peru into neighbouring countries, destined for illicit mining operations.

Peru itself is also an incredibly mineral-rich nation; a significant driving factor towards the country’s national development.

Surveys also show the country as a leading producer of other minerals such as boron, lead, and tin.

The major potentials for economic growth therein have resulted in the mining sector controlling 95% of the country’s demand for explosives, according to Tecnología Minera.

The need to meet this demand, combined with the wealth of natural resources buried under Peru’s mines and quarries, is no doubt of great interest to organized crime groups.