The U.S. and the U.K. levied sanctions on Friday against nine Russian individuals and two entities, in response to the poisoning of anti-corruption activist and Kremlin critic Aleksei Navalny. 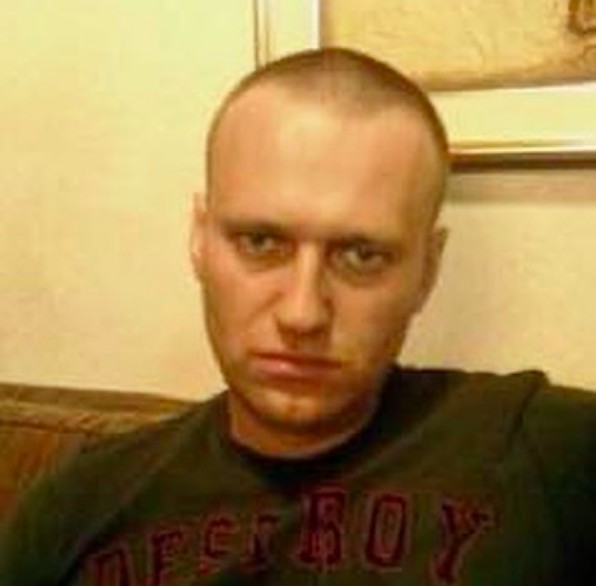 The U.S. and the U.K. levied sanctions on Friday against nine Russian individuals and two entities, in response to the poisoning of anti-corruption activist and Kremlin critic Aleksei Navalny. (Photo: Navalny, Instagram)The sanctions, issued on the one-year anniversary of Navalny’s poisoning, target those involved in the assassination attempt or those involved in Russia’s chemical weapons program, according to a U.S. Department of the Treasury statement.

The nine individuals have all been identified as Russian Federal Security Service (FSB) operatives.

The attempt on Navalny’s life was seen by the international community as an effort to silence an outspoken voice against Russian President Vladimir Putin’s regime.

The fact that Navalny was also, at the time, Putin’s primary political rival, was not overlooked in how the attack was portrayed by the international media.

His poisoning with the chemical nerve agent, known as Novichok, became apparent during a domestic flight to Moscow; a vulnerable position for anyone to be in, given that medical care could not be administered until an emergency landing was made in Omsk. Under strong international pressure, Navalny was flown to Berlin for treatment.

“Navalny’s poisoning was a shocking violation of international norms against the use of chemical weapons and was part of an ongoing campaign to silence voices of dissent in Russia,” said Director Andrea Gacki of the Office of Foreign Assets Control.

Prior to the attack, Navalny had been under wiretapping and covert video surveillance by the FSB for several years.

The U.S. Treasury reported that eight of the FSB operatives named in the sanctions surveyed Navalny ahead of the attack, broke into his hotel room, and applied the nerve agent to his personal belongings. They then attempted to erase any evidence of the operation.

Blood tests administered by European laboratories, as well as an official report from the Organization for the Prohibition of Chemical Weapons, definitively concluded that Navalny was poisoned by the Novichok nerve agent.

Russia is the only known country that has developed and used this particular chemical weapon; the Kremlin has continued to deny that Novichok was found in Navalny’s blood.

If the individuals and entities named in the sanctions have properties or other interests in the United States, they now no longer have access to them.

The U.S. Department of State has also made clear that further measures may yet be taken against those responsible for the attack.

OCCRP has previously investigated how Navalny made himself an enemy of Putin and Russia’s political elite.

As an anti-corruption activist, Navalny has exposed how former Russian prime minister Dmitri Medvedev amassed a sizable fortune through a network of charitable foundations.

Another investigation of his revealed how the sons of Russia’s former prosecutor general, Yury Chaika, enriched themselves through a series of schemes linked to illicit construction contracts and a murderous gang.

Navalny’s Anti-Corruption Foundation (FBK) has since been declared an extremist organization by Russia’s Interior Ministry.

As a result, FBK was “banned from disseminating any information, performing financial transactions, as well as participating in elections and organizing activities,” a group of lawyers defending Navalny said.

The move was widely interpreted as Putin’s attempt to stamp out any serious political threat to his reign.

Navalny completed his recovery in Berlin and upon his return to Russia in January, he was subsequently arrested for violating his parole by not regularly reporting to authorities, although he was in a coma.

In what was widely seen as a show trial, he was sentenced to over two and a half years in prison. The trial drew particular domestic and international outrage, since it was the attempt on Navalny’s life that necessitated he leave Russia in the first place.

Mass protests broke out in Russia for over two months, following the verdict.

International leaders have voiced their support for Navalny. German Chancellor Angela Merkel has demanded that Putin free his political opponent, according to the BBC.

In response, Putin has insisted that “he [Navalny] was not convicted for his political activities, but for an offence against foreign partners,” according to Reuters.

No investigation into the attempt on Navalny’s life has been set forth by the Russian state, who categorically deny any responsibility.