Religious proscriptions against internet usage in Turkmenistan, Spain’s drug-smuggling grandmother, and beef between a trio of Swedish rappers that saw one of them kidnapped -- welcome to OCCRP’s oddities section, your irregular roundup of all things weird and criminal. 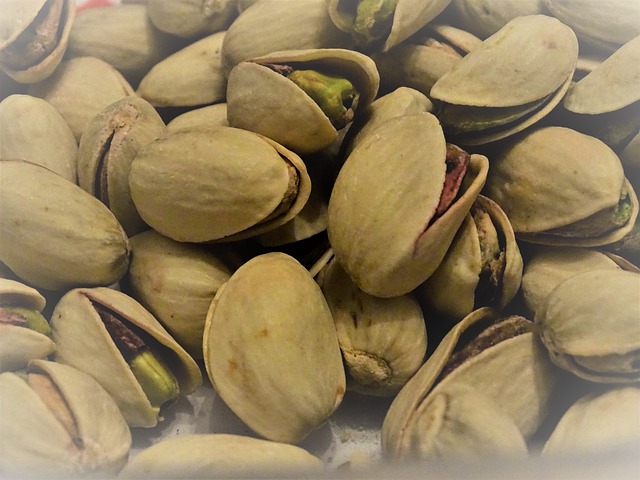 Authorities in California have arrested a man in connection with the theft of 42,000 pounds of pistachio nuts (Photo: Zsuzsanna Kálló-Helmeczi, Pixabay, License)Netizens of Turkmenistan already enjoy only limited access to the Internet, forgoing the World Wide Web for a state-curated online version known domestically as the “Turkmenet.” But the country’s enforcement of its strict online information laws have recently acquired an additional, spiritual dimension.

Authorities in the Central Asian country -- which garnered just 2% on this year’s Human Freedoms Index -- are now forcing internet users to take a sacred vow upon the Quran to not use a VPN to bypass online controls.

“Last year I signed up for a queue to host the Internet at my home,” one woman told Radio Azatlyk. “My turn came after a year and a half. Before getting WiFi services, I signed a lot of documents [and they] demanded I swear on the Quran that I will not use VPN services.”

The move is not without precedent in Turkmenistan. When taking oaths on matters that were considered important, authorities have previously required citizens to swear on the Ruhnama, a Quranic commentary penned by former president-for-life, the authoritarian post-Soviet leader Saparmurat Niyazov.

Over in Sweden, two rappers were recently sentenced to 10 months in prison for their role in a plot to kidnap a rival artist.

Grammy-award winning musician Yasin Mahamoud was convicted for attempting to kidnap the victim, who is a minor and so has not been identified at this time, in March 2020. His associate and fellow rapper Halil Kahlil, who was also convicted, succeeded in executing their plot just one month later.

The scheme was reportedly sanctioned by Chihab Lamouri, alleged leader of the so-called Varby network, a criminal gang in Sweden involved in arms and drug trafficking.

Meanwhile in Spain, authorities recently announced the arrest of a 79-year-old woman believed to be the leader of a major Transatlantic cocaine trafficking ring.

“The woman exercised the functions of leader of the group, in addition to being the visible head and owner of the company created as a screen for which she carried out import and commercial management procedures,” the Guardia Civil wrote in a statement to accompany the bust, which was coordinated between authorities in three countries and also saw two other alleged conspirators arrested.

The organization’s modus operandi was allegedly importing drugs into Europe from the Dominican Republic, hidden among shipments of coral stone.

Nor is coral the only means whereby criminals have hidden narcotics in recent months: UK Border Force officers have seized hundreds of thousands of dollars worth of cocaine hidden in boxes of dry food mixes -- including brownie cake mix, pancake waffles, and Jamaican fruit cake -- while Spanish authorities also announced the seizure of more than 800 kilos of the drug concealed inside 14 tons of pineapple pulp coming into Madrid from Brazil.

In one case, however, it was the food itself that proved to be the contraband.

Out in California, authorities have finally concluded their search for the culprits behind a massive theft of pistachios, with the arrest of 45-year-old Alberto Montemayor in connection with the disappearance of a shipment earlier in June.

Montemayor is accused of stealing some 42,000 pounds of the green nuts as they were being shipped from farms in the state, where nut cultivation is a multi-billion dollar industry, with the apparent intent of repackaging the goods for resale.

Given that such thefts are usually exceptionally difficult to trace, nut heists are apparently a major scourge to the industry, with such criminal operations accounting for losses of around $7 million between 2014 and 2017 alone.