Spanish police intercepted on Sunday a cargo vessel carrying 20 tons of hashish and arrested its 11-member Syrian crew, according to a statement released on Tuesday. 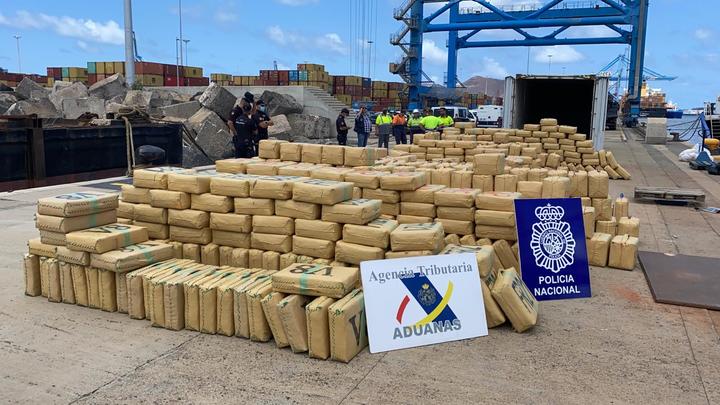 Spanish police intercepted a cargo vessel carrying 20 tons of hashish and arrested its 11-member Syrian crew. (Photo: Policia Nacional)The drugs aboard the ship, which was in dangerous condition and at risk of sinking, were seized and the crew arrested in a joint operation between Spanish police, French Customs and the Lisbon-based Maritime Analysis and Operations Centre.

The investigation that led to the seizure has been ongoing since January of this year, and centered around an unnamed Lebanese company that offered maritime services to private clients, according to the statement, which added that the same company was tied to a drug shipment seized in Libya in 2016.

Authorities found cause for suspicion when they discovered a vessel belonging to the same company had registration charges that were unpaid. The company also changed the vessel’s name and flag.

After monitoring the ship’s journey across the Mediterranean, two patrol boats decided to apprehend it and eventually board the ship near the Canary Islands, after determining it was heading towards Morocco as suspected, after its departure from Turkey.

As authorities captured and searched the ship, they found 638 bales of the drug weighing at 19,876 kilograms. The 11 Syrians will face trial at the National High Court, the statement said.