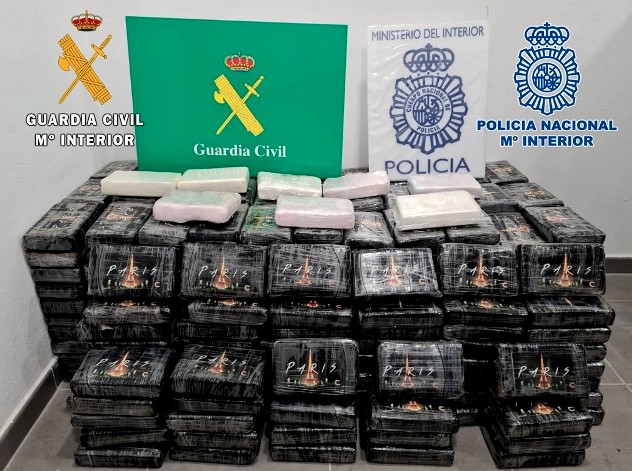 Madrid’s El Pais newspaper reported that one of the four arrested has been Predrag Vujošević, one of the former leaders of a the most successful jewel-stealing gang in history, the Pink Panthers. Police reportedly handcuffed him while he was still guarding the drug.

The criminal network had established a pipeline for the entry of cocaine to the Canary Islands. They hid the drug in rented luxury residential units, according to the statement.

The gang was noticed in November last year when its members started delivering drugs to local groups and at one point handed over 250,000 and 155,000 euros ($292,917 and $181,608) to third parties, police said. Authorities believe that the gang was moving drug money off the island and funneling it into the legitimate market.

Europol, police officials in Albania and Montenegro, and the Interior Attaché of the Spanish Embassy in Belgrade, Serbia, aided the Canary Islands operation, according to police.

“The operation on the Canary Islands demonstrates that there will be no discrimination in the punishment of members of organized criminal groups and the suppression of their unlawful activities in Montenegro and far beyond our boundaries,” Abazović said according to Montenegro’s Vijesti news outlet.

Abazović has previously stated that the Montenegrin government would deal with organized crime and that Montenegro will not be a country that “exports crime,” having in mind that branches of Montenegrin mafia groups have spread far beyond the country’s borders.

The two Montenegrin mafia clans — the Škaljari and the Kavač — both originate from Kotor, on the country’s picturesque Adriatic coast. They were formerly members of the same gang, smuggling drugs from South America into Europe. They split in 2014 after a botched cocaine deal in Spain, resulting in a violent rupture that drew in other Serbian and Montenegrin criminal groups.

The conflict’s blood trail stretches throughout the Balkans and beyond, with killings in Spain, Germany, Austria, the Netherlands, and Greece, according to an OCCRP investigation published last year.