A rumored aphrodisiac. A cure for cancer and hangovers. A symbol of status and wealth. This is the value and function of rhino horns in Southeast Asia—and what drives its highly lucrative, and highly illegal, trade. 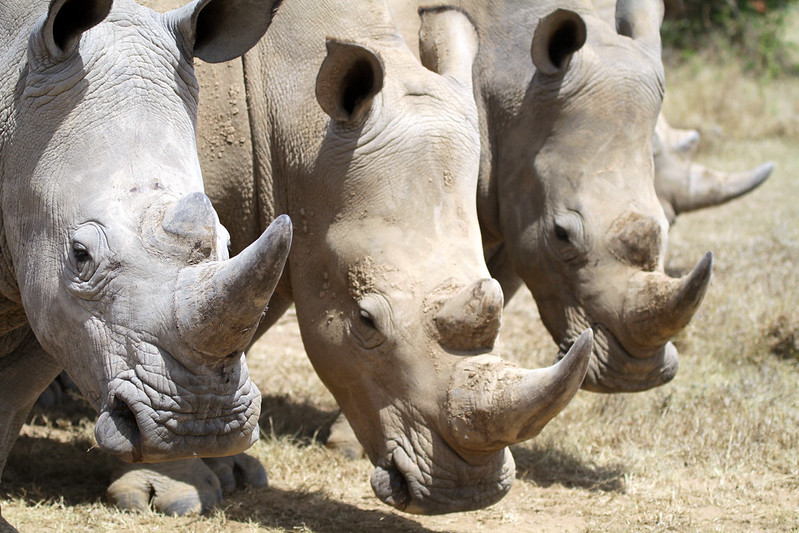 Today, few rhinos remain in the wild, less than 30,000 are roaming the world and thousands are killed by poachers each year. (Photo: Valentina Storti, Flickr, License)South Africa arrested last week two of the biggest names in the industry, Johannes Groenewald - known as Dawie - and Schalk Steyn - known as AB Steyn. For more than a decade, the two were considered rhino horn kingpins and have been cashing in on this market, where rhinos can sell for up to US$30,000.

A statement from the Directorate for Priority Crime Investigation said on Friday that the pair was released from prison on 50,000 Rand bail ($3,400).

The World Wide Fund for Wildlife South Africa tweeted that they “welcome these arrests.”

“We often talk of the need to shift law enforcement focus from the poachers on the ground to the wildlife trafficking syndicate members,” Jo Shaw, the senior manager of the wildlife program at WWF South Africa, told African news outlet Mail and Guardian. “This week’s arrests are applauded as an excellent example of this.”

Today, few rhinos remain in the wild, less than 30,000 are roaming the world. And thousands are killed by poachers each year. Yet, the scarcity of rhinos doesn’t deter poaching—it only drives the prices of the poached product higher.

International crime gangs often support poachers with equipment to track rhinos and guns to kill them. The process of obtaining a rhino horn is gruesome: the animals are tranquilized with a stun gun, their horns are hacked off, and the rhinos are left to bleed to death.

Both AB Steyn, who owns a safari company and conducts big game hits, and Dawie, a former veterinarian, are experts in this practice. Dawie is known as the “butcher of Prachtig” for all the rhinos he killed on his property in Prachtig. National Geographic called Dawie “the world’s most wanted man when it comes to rhino horn trafficking.”

This isn’t the first time Dawie has been caught. After a 15-month investigation he and his wife, also a former veterinarian, were arrested in 2010 for years of illegal rhino poaching. Dawie and his associates have been charged with over 1,000 counts of illegal rhino killing, dehorning, trading, racketeering, and money laundering. But, Dawie’s case is still being investigated in the Pretoria high court.

For these new charges, both Dawie and AB Steyn will report to the Nelspruit Magistrate’s Court on September 10.