With the help of Serbian investigators, Spanish police arrested 43 suspected members of a Serbian organized crime group suspected of having produced marijuana and hashish at plantations in Spain and having distributed their products in Germany. 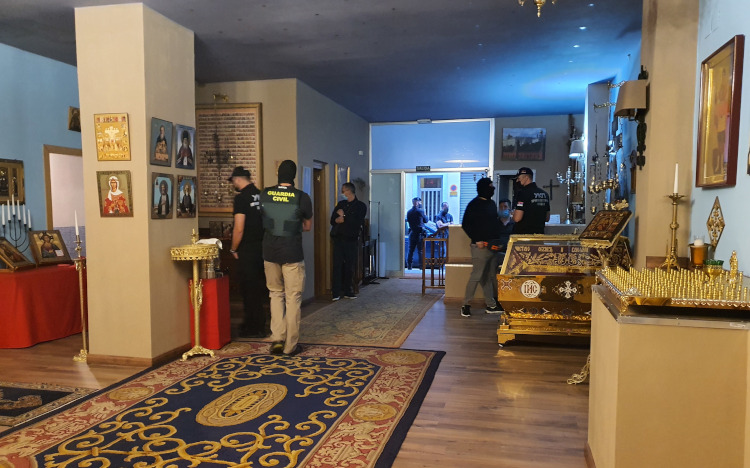 Spanish police dismantled 14 indoor plantations, including one hidden under a Russian orthodox church. (Photo: Eurojust)The criminal network ran plantations in the Spanish regions of Zaragoza and Tarragona, where fellow nationals were exploited for the cultivation of narcotics, Eurojust, which supported the operation, said in a statement Thursday.

Police dismantled 14 indoor plantations, including one “hidden under a Russian orthodox church.”

The network had established a sophisticated distribution chain, using lorries registered in the names of businesses that had been set up in other EU countries, according to the agency.

Police have also seized around 250,000 euro (US$294,263) in cash, a luxury car, computer and telecommunication equipment and some weapons.

The criminal group was well-structured and used electricians to condition and manage the plantations, according to Eurojust. It also engaged managers and middlemen between its various echelons, as well as attorneys, to open accounts using fraudulent papers.

“Most of the proceedings were laundered in Serbia, Spain and other European countries, using a string of shell companies,” The Hague-based EU Agency for Criminal Justice Cooperation said.

It also said that the key suspects “will be charged with drug trafficking, migrant smuggling, and money laundering.”