Spanish and French police dismantled an international criminal organization that used a big drone to smuggle drugs from Morocco to Spain and drive them further to France. 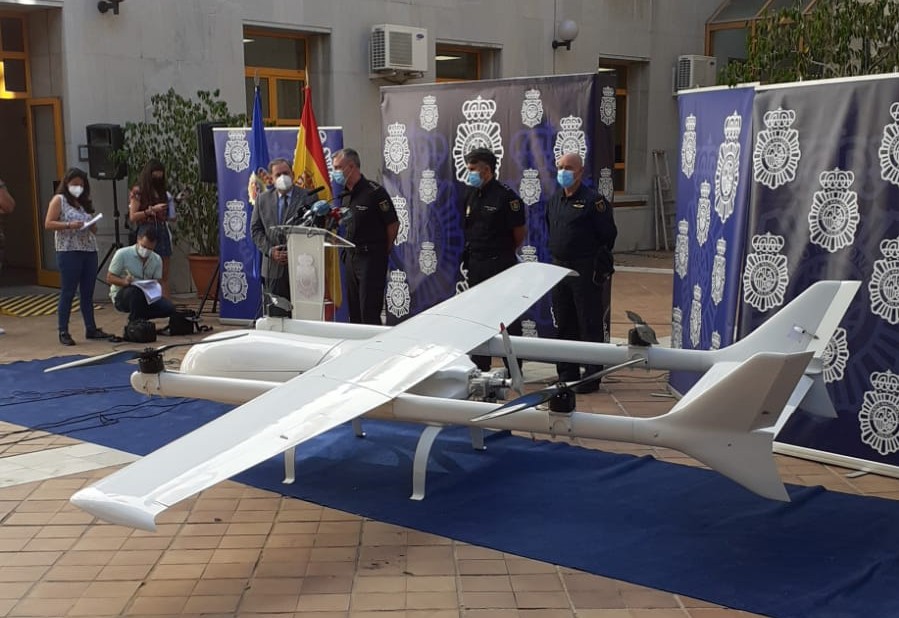 Drone as a new tool for drugs smuggling. (Photo: Spanish National Police)Three people were arrested in France and one in Spain, where officers also seized a professional, 4.35 meters wingspan drone the gang allegedly used to fly hashish and marijuana from Morocco to Malaga. The drugs were destined for France, Spanish National Police said in a statement on Tuesday.

The flight would take about seven hours, according to police.

In the Malaga house where the drone was found, officers also confiscated computer equipment, and different tools used for handling, preparing, and transporting the narcotics.

Police said it spotted the criminal group earlier this year. The gang would allegedly often use stolen vehicles to further smuggle the narcotics from Malaga to France.