One in every five pounds donated to the U.K. Conservative Party in the last ten years came from people or companies with a direct stake in the housing market, according to new research from Transparency International UK. 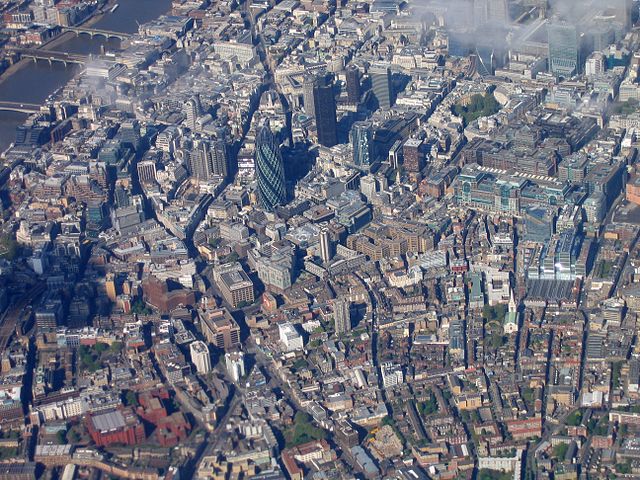 One in every five pounds donated to the U.K. Conservative Party in the last ten years came from people or companies with a direct stake in the housing market, according to Transparency International UK. (Photo: Andrew Bossi, Wikimedia, License)The report “House of Cards” was released on Monday and warned that the party’s inflated reliance on the property sector for donations creates a risk that political decisions are incentivised and corrupted by financial ties to housing developers, major landowners, and those with large property portfolios.

While the Conservative Party has in the last decade received 80 percent of donations (worth £60.8 million or about US$84 million) made by individuals and companies in some way related to substantial property interests, Britain is simultaneously is in the midst of a vast housing crisis where a lack of affordable housing means renters are struggling to keep a roof over their heads.

“While it is no secret that political parties receive much of their funding from a relatively small number of donors, the extent to which the Conservative Party depends financially on those with major property interests is of serious concern,” Duncan Hames, Director of Policy at Transparency International UK, said in a statement.

“An unhealthy financial reliance on those with vested interests in one sector puts ministers under pressure to provide exclusive access which creates a real risk that decisions are skewed in their favor,” Hames added.

The report also found the U.K.’s current system for providing transparency over who is lobbying government ministers to be “woefully opaque.”

Ministers held 669 meetings with 894 separate interest groups to discuss housing issues between January 2017 to March 2020. The government provided “very little detail on the nature of these meetings,” with the topic of discussion for more than 40 percent described merely as ‘housing’ or ‘planning’. Importantly, the report said there was also a “notable absence” of tenants and their interests from government consultations.

Transparency UK concluded by making a number of proposals to develop solutions needed to fix the U.K.’s broken housing market, including removing “big money” from politics by placing financial limits on donors, by improving lobbying transparency through legislation, and by working to ensure greater engagement of tenants and other marginalised groups in the development of housing policy.