In the latest episode of the high-profile case involving the Swiss pharmaceutical company Novartis, a Greek prosecutor proposed the identities of anonymous whistleblowers who accused several officials of taking bribes to be revealed. 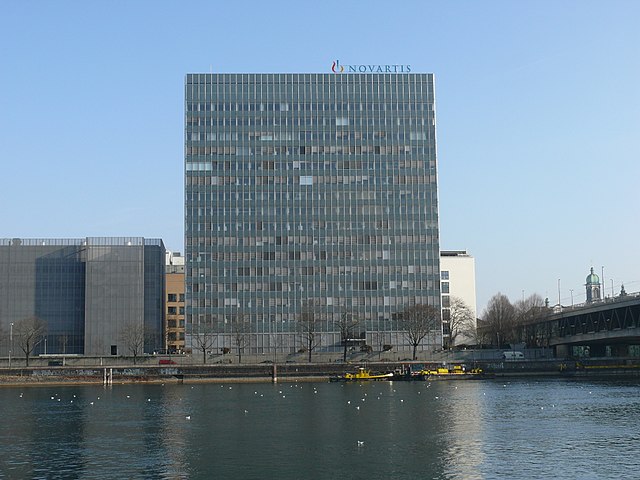 In her recent proposal, Theodorou claimed that the whistleblowers’ identities must be revealed in order to investigate Papangelopoulos’ alleged abuse of power. (Photo: Silesia711, Wikimedia, License)Deputy Prosecutor of the Supreme Court Vasiliki Theodorou – just before going into retirement – said in a multi-page proposal recently published in the local news outlet dikastiko.gr. that the Greek Judicial Council should strip the whistleblowers – code-named "Ekaterini Kelesi" and "Maximos Sarafis" – of their protected status "in search of the essential truth in the case.”

Last year, Novartis reached a US$347 million settlement with the U.S. Department of Justice (DOJ) and the Securities and Exchange Commission (SEC) for violating the Foreign Corrupt Practices Act – which criminalizes foreign bribery by companies operating on U.S. soil.

In the settlement, Novartis acknowledged making illegal payments to Greek officials and healthcare providers but the settlement did not explicitly address what anti-corruption prosecutors have been investigating since 2017: whether several high-ranking politicians were bribed in the scandal.

The alleged bribery allowed Novartis to increase prescription sales at inflated prices EU-wide, and gain a more dominant position in the Greek healthcare market, despite the fact that Greece was facing a severe financial crisis at the time. It has been estimated that the scheme cost the country roughly three billion euro ($3.5 billion).

Former Prime Minister Antonis Samaras of the right-wing New Democracy party, who had been accused of accepting suitcases stuffed with cash while he was in power from 2012 until 2015, pushed back vehemently against all allegations. Those who were accused of bribery repeatedly referred to the whistleblowers by the derogatory term “hood wearers” - a term often used for Nazi collaborators in Greece during the Second World War.

Dimitris Papangelopoulos, former Deputy Minister of Justice under the previous left-wing Syriza government launched in 2017 an investigation into the what he called a year later “the biggest scandal since the establishment of the Greek state.” Samaras called the probe politically motivated.

But after Syriza lost power in 2019, New Democracy came back led by current prime minister Kyriacos Mitsotakis, and began undermining the investigation, even launching a new one now against Papangelopoulos, claiming he abused his powers when investigating them.

In her recent proposal, Theodorou claimed that the whistleblowers’ identities must be revealed in order to investigate Papangelopoulos’ alleged abuse of power.

“It is clear that these two cases are unrelated to each other and therefore the protection enjoyed by the two witnesses in the Novartis case cannot be extended to the case being investigated by the Special Court investigator,” she said.

It’s a “puzzling” and “concerning” case, according to Dimitris Papadimitriou, a politics professor at the University of Manchester.

While the timing of the allegations – just before the 2019 election – seem a “bit dubious” and the allegations of suitcases full of money seem “far-fetched” to him, “that is not to say the system is not very problematic,” Papadimitriou, an expert in modern Greek politics, told OCCRP on Friday.

Either way, Papadimitriou thinks the identities of the whistleblowers should be protected.

“I’m not a lawyer, but I find it very implausible to say the corruption case and the case against Papangelopoulos are two separate cases,” the professor said. If prosecutors release their identities for the latter case, they would still be relevant to the first case, he argued.

Theodorou’s proposal is in line with a similar request from earlier in the month of six former and current officials, including former Prime Minister Samaras, Bank of Greece Governor Yannis Stournaras, former deputy Prime Minister Evangelos Venizelos, the former EU Commissioner Dimitris Avramopoulos, Minister of Development and Investment in the Mitsotakis-government Adonis Georgiadis and another lawmaker, all of whom also sought to have the witnesses in the Novartis case testify without witness protection.

These high-profile officials were previously being investigated by top anti-corruption prosecutor Eleni Touloupaki about their involvement in the Novartis case, for which she faced incredible pushback, criminal charges from the New Democracy party, and last October, a bill was introduced to abolish her office entirely.

Touloupaki previously confirmed to OCCRP that her house had been broken into and she was “absolutely convinced” that this was an attempt to silence her investigation into the Novartis bribery scandal.

Ultimately, the original story of corrupt medical supply procurement is now a big game of “political football,” Papadimitriou said. “What is clearly the main problem in Greece – which is corruption – gets caught up in a very polarized partisan politics.”