Austria’s former vice chancellor and leader of the far-right Freedom Party (FPÖ) went on trial on Tuesday in Vienna for helping change a law in order to accommodate the owner of a private hospital in exchange for a donation to his party and a weekend on the hospital owner’s yacht. 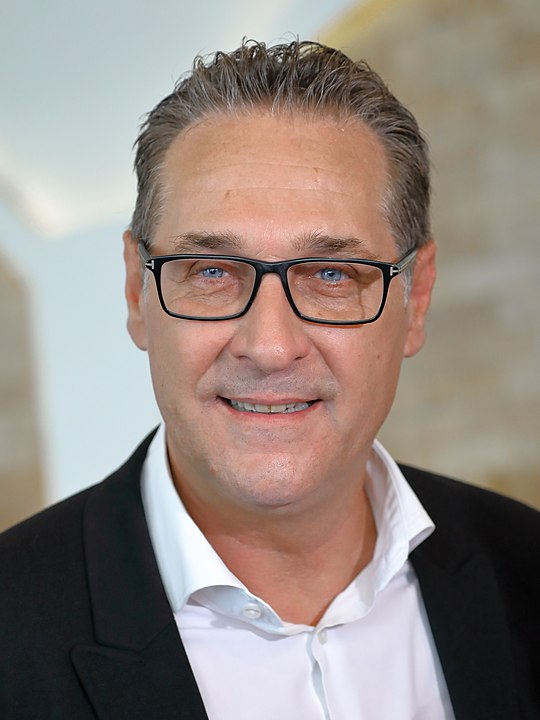 Heinz-Christian Strache, Austria's former vice chancellor. (Photo: Bwag, Wikipedia, License)Prosecutors claim that Heinz-Christian Strache accepted a 10,000 euro (US$11,800) donation from Walter Grubmüller and that the two allegedly worked out the bribe on Grubmüller’s yacht on the Greek island of Corfu. Grubmüller himself allegedly drafted an amendment which allowed clinics like his to apply for more government funding. Strache implemented the law when he took office as vice-chancellor.

Both men deny the accusations. Strache pleaded not guilty on Tuesday.

The issue came to light during the investigation into Strache’s leadership that was prompted by a 2019 scandal, now dubbed Ibiza-gate, which brought down the previous Austrian government.

The scandal erupted when a secretly recorded video emerged, showing Strache meeting in Ibiza with a woman who was posing as the niece of a Russian oligarch. He dangled lucrative public contracts in exchange for campaign support for his party and even suggested that she could buy Austria’s popular tabloid, Kronen Zeitung, and provide positive news coverage for his party.

Strache later claimed that he was intoxicated—and possibly even drugged--in the video, but nonetheless stepped down from his position. In the aftermath, the government coalition between the his party and the center-right Austrian People’s Party collapsed.

According to tweets from journalist Denise Hruby, who attended the trial, the prosecutor quoted Stanche’s text messages and concluded that “this wasn't some petty crime....This is bribery.”

Strache’s legal team refused to put out a public statement, arguing in court that Strache changed the law “out of his deepest conviction” to fight for healthcare and give all private hospitals public funds, not just Grubmüller’s clinic.

The trial will stretch over the course of four days. If found guilty, Strache will face up to five years in prison.