TI Report: Corruption and Discrimination Enable Each Other 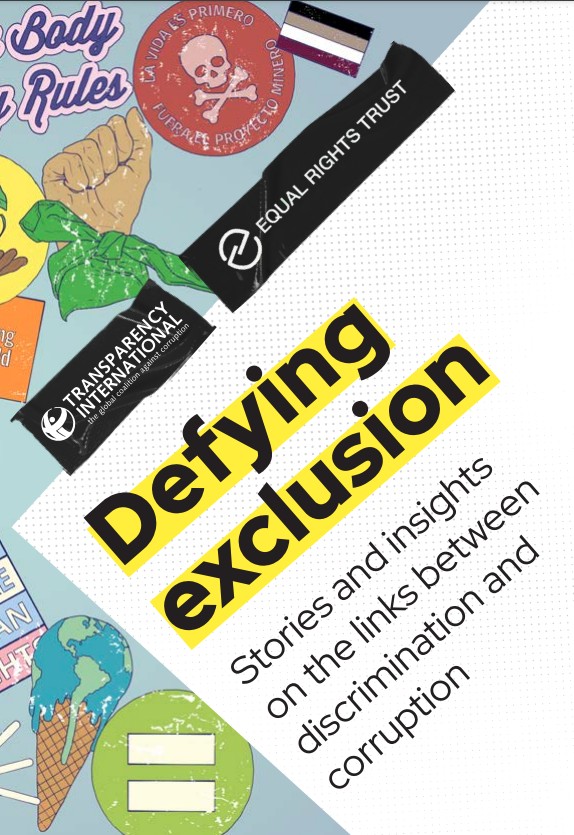 The NGOs displayed the interplay between the two issues, examining the experiences of corruption among people who disproportionately face discrimination. In doing so, the study “uncovered some disturbing patterns” on how corruption and discrimination may cause, enable or exacerbate one another.

Importantly, “these mutually reinforcing dynamics serve to leave marginalised communities and individuals even further behind,” the report added.

The grounds of discrimination that are addressed throughout the study include sex and gender, LGBTQI+ status, race and ethnic background, religious belief and faith, membership of Indigenous communities and age.

The report named the combined impact of the two conditions “discriminatory corruption” – which plays out in four main ways.

People who face discrimination have increased exposure to both corruption and exploitation, the report found. It cited both Nigeria and Russia, for example, where the criminalization and stigmatization of LGBTQI+ communities has made them easier targets for extortion by state officials.

The study also found that some types of corruption can themselves be inherently discriminatory.

For instance, in Madagascar, women in the labor force have been coerced into sexual acts, also known as “sextortion,” with senior staff with their careers under threat.

Similarly, those facing discrimination are hit hardest by corruption, which was particularly evident in the case of Papua New Guinea, the report found. In the country, access to land operates on age and gender discrimination. This results in young people being particularly deprived of economic opportunities due to corruption in the land sector.

“The leaders are very busy in corruption, while the future leaders of this country are left to fend for themselves. Many of these young people have been pushed out by the system,” Zibie Wari, founder of the Tropical Gems youth group in Papua New Guinea, said in a statement.

Finally, corruption can prevent victims of discrimination from pursuing justice. In Guatemala, for instance, discrimination against the Xinka Indigenous community has frequently obstructed their attempts to challenge corrupt land deals involving mining companies.

The report also laid out a number of recommendations to governments around the world – the most prominent being that states must first recognise the clear links between corruption and discrimination.

In doing so, governments should implement and enforce comprehensive anti-corruption and anti-discrimination legal frameworks, the study found, adding that their mere existence is “not sufficient”.

It was also recommended that international bodies, like the United Nations, and regional intergovernmental bodies should better collaborate to understand the conspicuous linkage between the two issues.

Transparency said the report “comes at a critical time” as UN member states pledged in 2015 to accomplish the Sustainable Development Goals – global objectives rooted in the idea of “leaving no one behind” – by 2030. As the global community has less than ten years to achieve this, the report concluded it must tackle ‘discriminatory corruption’ in order to do so.