The COVID-19 pandemic sweeping the world has made people poorer and more vulnerable to human trafficking, according to the US State Department’s annual Trafficking in Persons Report. 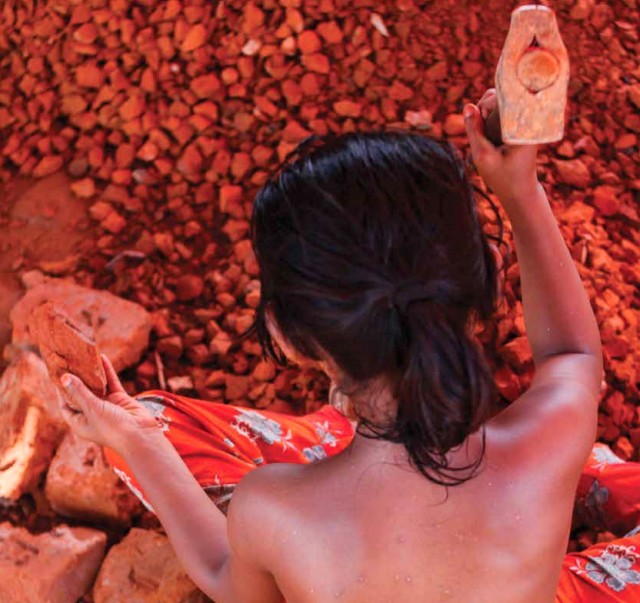 Many children are forced to work in dangerous and hazardous conditions across India, often alongside family members in a situation of debt bondage where the trafficker’s primary means of control is the manipulation of debt. In some cases, traffickers force entire families to pay off the debt “inherited” from relatives, according to the report. (Photo: U.S. Department of State, 2021 Trafficking in Persons Report, Screenshot)The report, released Thursday, says traffickers are exploiting the growing number of people impoverished by the disease. In some cases, business owners and landlords pressure employees or tenants to take out loans in exchange for cheap labor or sexual exploitation;  In others, families exploit their own children or sell them to traffickers to financially support themselves.

Despite all the grim news, U.S. Secretary of State Anthony Blinken sees reason for hope.

“If we’re serious about ending trafficking in persons, we must also work to root out systemic racism, sexism, and other forms of discrimination, and to build a more equitable society in every dimension,” Blinken said in a press briefing on Thursday.

The report notes that traffickers took advantage of situations where screening and identifying victims became more difficult. During the pandemic, as human traffickers shifted online, children spending more time on the Internet could be more easily recruited and groomed. Traffickers also took advantage of distracted government officials and police as well as the reduced capacity of court systems.

For the first time, this year’s report includes a special section on the consequences of systemic racism on human trafficking, noting that the U.S. still struggles to “address the disparate effects of human trafficking on racial minority communities.”

Racial biases may affect not only criminal justice outcomes but also how victims process their experiences and which communities law enforcement target for anti-trafficking operations.

Seventeen countries have been ranked in the bottom tier.

Being listed in Tier 3 comes with a range of possible political consequences. The U.S. may institute sanctions on military aid or sales to those countries, according to TVPA provisions.

The report also identified 11 governments with a documented policy or pattern of trafficking, such as in government-funded programs, sexual slavery in government camps, or the empoyment of child soldiers. This year, those included Afghanistan, Burma, China, Cuba, Eritrea, North Korea, Iran, Syria, Russia, Turkmenistan and South Sudan.

Belarus is the only country that was listed as Tier 3 last year that made it out of that category this year.

Among the individual country profiles, the report documents Cuba’s record of exploiting doctors and medical personnel, who are sent abroad without notice of their contract terms and then threatened when they try to leave. It also describes China’s detainment of more than 1 million people in internment camps throughout Xinjiang, many of whom are subjected to forced labor, physical and sexual abuse, and torture.