Amnesty International is calling for a full investigation into the death of a Tunisian man shortly after he was taken into police custody in the capital’s impoverished Sidi Hassine neighborhood. Suspecting another case of police brutality, Tunisians took to the streets, burned tires and hurled stones at officers. 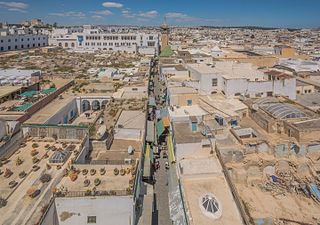 In Tunis, police killings are common and accountability rare. (Photo: IssamBarhoumi, Wikimedia, License)Ahmed Ben Amara was arrested on suspicion of dealing drugs. His family accused the police of beating him to death but Prime Minister Hichem Mechichi rejected the accusations, Al-Jazeera reported.

“Tunisian authorities must conduct an impartial and effective investigation into the suspicious circumstances of Ahmed Ben Amara’s death,” Amna Guellali, Deputy Director for the Middle East and North Africa at Amnesty International said in a statement.

“His death has sparked outrage precisely because Tunisians do not believe the perpetrators will be held accountable,” she explained. “For the police to then respond with unlawful force and more beatings and torture is an illustration of how little they fear being held to account.”

Amnesty has documented at least six cases of unlawful force being used against the protestors, including beatings, gassings and direct firing of rubber bullets at those in and around Ben Amara’s funeral, and other gatherings of mourners.

The country saw the start of the Arab Spring in 2011 and is widely considered one of its greatest successes, transitioning to a democratic system of government some ten years ago. However police corruption and weak rule of law remain rampant.

According to a 2019 report by Amnesty International, police killings remain common and accountability rare.

“The overwhelming majority of investigations into members of the security forces hardly ever make it past the investigative phase and none have led to successful prosecutions of perpetrators,” Amnesty said.