Human rights experts from the United Nations expressed Monday their “extreme alarm” over alleged organ harvesting in China, targeting minorities like Falun Gong practitioners, Uyghurs, Tibetans, Muslims and Christians while they were held in detention, according to a press release. 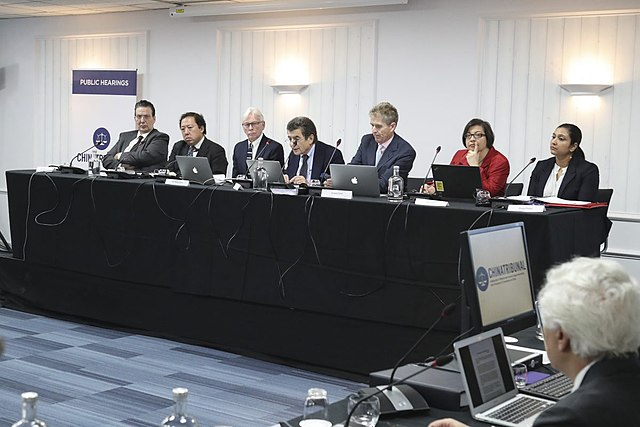 The tribunal’s full judgement detailed evidence from over 50 witnesses and determined that based on the number of organ transplants performed and the “impossibility” of accessing enough donors, there was “direct and indirect evidence of forced organ harvesting.”

These minorities were allegedly forced into blood tests, ultrasounds and X-rays to examine their organs after being arrested, many times without explanation.

“According to the allegations received, the most common organs removed from the prisoners are reportedly hearts, kidneys, livers, corneas and, less commonly, parts of livers,” the experts said. “This form of trafficking with a medical nature allegedly involves health sector professionals, including surgeons, anaesthetists and other medical specialists.”

U.N. experts called on China to answer these allegations and asked that the country allow “independent monitoring by international human rights mechanisms.”

The China Tribunal took a tougher stance on the allegations.

“The Tribunal’s members are certain - unanimously, and sure beyond reasonable doubt - that in China forced organ harvesting from prisoners of conscience has been practiced for a substantial period of time involving a very substantial number of victims,” the judgement said.

The China Tribunal labeled the alleged forced organ harvesting as a crime against humanity, but said that it could not be certain if genocide had been committed because it did not have enough evidence to prove intent.

“The Tribunal wishes to point out that specific intent does not necessarily make a crime of Genocide worse in real wickedness than an individual Crime Against Humanity proved by the same set of facts,” the judgement said.

Despite multiple previous claims of forced organ harvesting, China seems to have evaded accountability for this crime, according to experts interviewed for the Tribunal. U.N. experts noted that the Chinese government responses lacked information or waiting time for organs or donor sources.

Since 2000, the Chinese organ transplant industry has seen massive amounts of activity worth an estimated US$1 billion per year, according to the China Tribunal. Waiting times for organs in China are suspiciously short, sometimes hours, leading the tribunal to conclude that sourcing organs from willing donors, as the Chinese government claims, is impossible.

The tribunal concluded its investigation by putting pressure on the international community to recognize the Chinese government’s role in forced organ harvesting.

“Governments and any who interact in any substantial way with the PRC [People’s Republic of China]... should now recognize that they are, to the extent revealed above, interacting with a criminal state,” the Tribunal said.