The USDA Wants to “Beef Up” Competition in American Meat Markets

The United States Department of Agriculture (USDA) announced last week that it intends to strengthen outdated regulations protecting poultry and hog farmers and cattle ranchers from “unfair, deceptive and anticompetitive” practices, according to a press release. 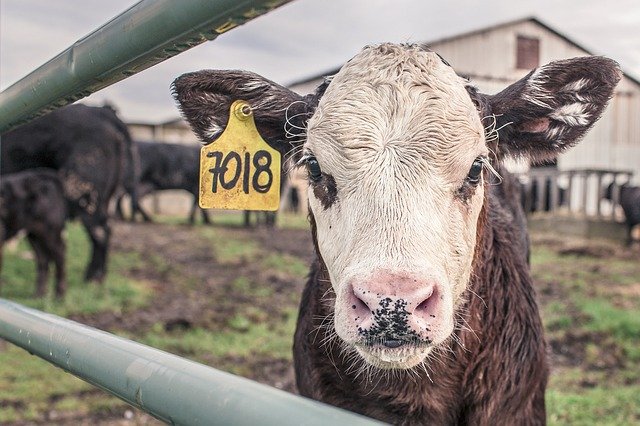 “We look at losing a whole section of this industry and that’s something we’ve got to stand up and make sure we are heard about,” Justin Tupper, a rancher from South Dakota and Vice President of the United States Cattlemen’s Association, told OCCRP Monday.

The regulatory agency said that it will protect the meat market by proposing three new rules to the 100-year-old Packers and Stockyards Act. The new rules will address clarity and enforcement of the act, specific concerns over the so-called “poultry grower tournament system,” and making it easier for producers to seek justice for unfair practices.

“The pandemic and other recent events have revealed how concentration can take a painful toll on independent farmers and ranchers, while exposing working family consumers to higher prices and uncertain output,” said Agriculture Secretary Tom Vilsack.

“The Packers and Stockyards Act is a vital tool for protecting farmers and ranchers from excessive concentration and unfair, deceptive practices in the poultry, hog, and cattle markets, but the law is 100 years old and needs to take into account modern market dynamics,” he said. “It should not be used as a safe harbor for bad actors.”

“They (packers) can control the supply chain, they can control the outflow, and when there’s only four places to go with them, they have enough market power that they can really control what they get for them,” Tupper told OCCRP.

Not only is competition limited, he said, but large feedlots have “sweetheart deals” with the big four processors in exchange for better prices on cattle, leaving independent farmers with paltry profit margins that sometimes don’t cover their investment.

“They own them (the cattle) for a week or two and we raise them and own them for a year and are breaking even or losing money and they’re making US$1500 a head,” Tupper said.

He explained that $150 to $300 a head would be a very equitable share for the packers, but that they actually make 10 to 15 times that amount.

A USDA spokesperson told OCCRP that from 2015 to 2020, ranchers’ share of beef prices has dropped by over 25 percent.

The “poultry tournament system” has been the subject of many complaints, according to the spokesperson. In the chicken industry, corporations control nearly every stage of production through contract farms providing chicks, feed, medication, and processing while farm owners take on the cost of housing and labor.

Then farmers are forced to compete with each other in the “poultry tournament system” which links the price poultry farmers are paid to their rank in a scoring system.

“Growers don’t have control over outcomes as the inputs (chicks, feed etc.) are controlled by the companies and there is little transparency,” said the USDA spokesperson. “Under this process, growers are vulnerable to abuses.”

Add on top of all this, the global pandemic, outbreaks in packing plants, a crippled restaurant industry, and a ransomware hack on the largest meat packer in the world have lowered the production rate which has put ranchers like Tupper in a vulnerable position.

“When you start talking about these huge conglomerates of businesses and the amounts of money they’ve made when everybody else was losing money through COVID, they’ve raked everyone over the coals, and I think one thing to keep in mind here is the consumers are getting hurt,” Tupper said. “Meat in the grocery store is as high or higher than it’s ever been.”

“When they’re making this much money, there’s no incentive for them to ramp up slaughter,” he said.