OCCRP’s Kyrgyzstan-based member center Kloop was among 13 organizations to win a Sigma Award on Wednesday, while OCCRP’s Serbian member center KRIK was one of seven shortlisted for an “outstanding” data journalism project following 545 entries from 267 organizations across 68 countries. 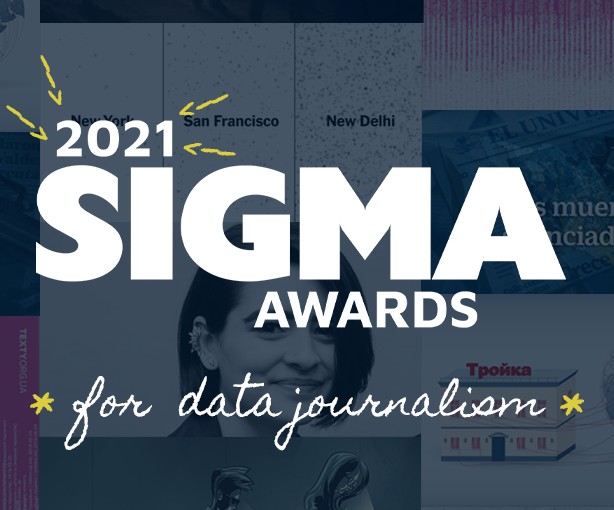 2021 Sigma Awards (Photo: Sigma Awards, twitter)KLOOP won alongside globally-renowned organizations including Reuters and The New York Times, for its investigation “I Would Have Killed Her Anyway,” published in December 2020. The story revealed the systematic domestic violence against women in Kyrgyzstan and introduced the term “femicide” into the media space - not just in the country, but in the wider Central Asia region too.

The jury, among whom was OCCRP co-founder Paul Radu, called the investigation a “great example of advanced data journalism skills employed to investigate and expose one of the most heinous crimes in Kyrgyzstan: Femicide.” They said it was an example of “hard work journalism that will inspire change.”

“The journalists at Kloop have published outstanding investigative and data work over the past ten years despite being constantly targeted by one of the most corrupt and repressive governments in the world,” the jury said.

KRIK, OCCRP’s Serbian member centre, was also cited for its innovative database Judge who Judges; the “only place” that compiles the full profiles of 33 high-ranking Serbian judges, who “act in the main departments for organized crime and corruption.”

Commending the project, the jury said that it “shines a bright light on Serbia’s secretive cast of judges that has for too long avoided scrutiny at huge expense to the public.”

“The judges, their deeds, and their wealth are some of the best-kept secrets in Serbian society and KRIK has managed through dogged and extremely dangerous reporting to show what is hidden behind controversial judgments that influenced the Balkan nation in the past decades,” the jury said, adding that “KRIK highlighted a quasi-universal problem and their work needs to be replicated beyond the borders of Serbia.”

Sigma also announced that the 1,055 data journalism projects submitted in 2020 and 2021 are now available to view on an interactive platform, while the full datasets are also available to explore on GitHub.