Authorities from four countries shut down an online marketplace where vendors sold more than 80 million stolen login credentials to buyers, who frequently used them to make unauthorized transactions, including wire transfers, the U.S. Justice Department said on Thursday. 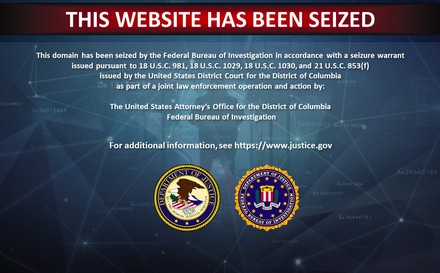 An FBI warning appears on a Slilpp website domain. (Photo: slilpp.xyz, screenshot)Slilpp Marketplace has been active since 2012, and U.S. law enforcement arrested or charged so far over a dozen individuals connected to it.

The FBI, Justice Department, U.S. Attorney’s Office for the District of Columbia, and law enforcement agencies from Germany, the Netherlands and Romania partnered to locate and seize the servers which hosted the marketplace infrastructure and its assorted domains.

An audit published last year revealed that there are at least five billion stolen credentials available in criminal forums and marketplaces across the dark web, with an average asking price around US$15. Many valuable account credentials, like active bank account logins, commanded an average price of $71, while  some banking account credentials were “sold for as much as $500 depending on the funds available and the freshness of the credential theft itself.”

It’s not clear exactly how extensive the operation reached, although based on current victim reports, stolen logins transacted over Slilpp have caused over $200 million in losses in the U.S.  A recently-unsealed affidavit revealed that over 1,400 companies had been represented among the credentials available for sale at the time of the operation.