After media reported about the low quality of oil North Macedonia has been importing, authorities in Skopje fined seven companies 55,510 euro (US$67,570) each, reported them to prosecutors and left four of them without licences. 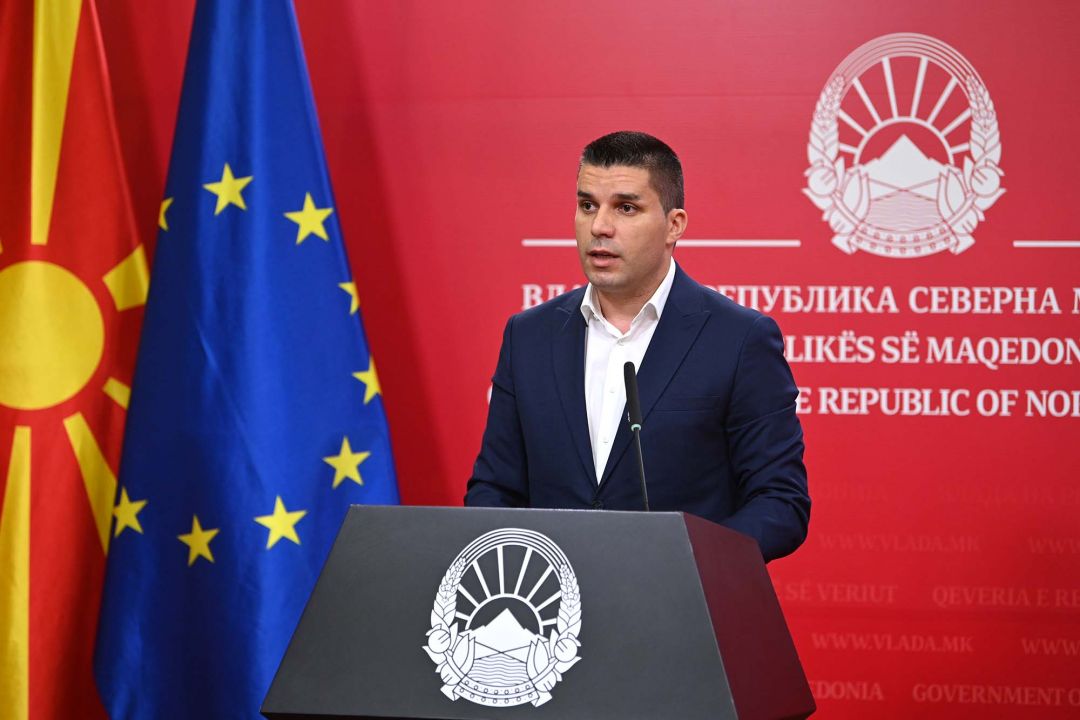 North Macedonia's Deputy Prime Minister for Fight against Corruption and Crime, Ljupčo Nikolovski. (Photo: Government of the Republic of North Macedonia)A story published by OCCRP and its Macedonian partner IRL in May revealed that highly polluting, chemical-laden oil imported by two companies is being burnt in the heating systems of public institutions.

The story prompted the government to launch its own investigation which showed numerous irregularities and an overall “chaos” on the oil market in Macedonia, Deputy Prime Minister for Fight against Corruption and Crime, Ljupčo Nikolovski, told reporters at a press conference on Wednesday.

Oil was imported under fake tariff numbers, dirty oil was produced and distributed all over the country, some companies had no licences, others stored oil in inappropriate warehouses or under conditions that violate technical requirements. In all of those cases the oil was confiscated.

Among the seven sanctioned companies were Evrotim and RKM DOOEL - firms OCCRP and IRL wrote about in May. The government investigation, however, found that five more had violated various rules and standards: Pertinaks-Skopje, Supertrade,Li-oil DB Kavadarci, Blue Technologies and Ka-oil Energija Kavadarci.

“All findings have been submitted to the Public Prosecutor's Office for further processing and determination of criminal responsibility," Nikolovski said.

The Energy Regulatory Commission launched procedures to revoke the licenses of four of those companies, including the two OCCRP and IRL wrote about.

The oil Evrotim imported did “not comply with the Rulebook on Liquid Fuels Quality," Minister of Economy Kreshnik Bekteshi said.

The company also purchased oil produced by unlicensed plants from old tires. More samples have been taken from its warehouses and the results may determine what else Evrotim sold.

"The State Market Inspectorate has banned "Evrotim" from placing any oil on the market," Marko Bislimoski, the President of the Macedonian Energy Regulatory Commission said.

In the case of the RKM company, inspectors found that one product was on the invoices but another was imported. RKM also bought and resold banned oil made from old tires.

Deputy Prime Minister in charge of economic affairs, Fatmir Bitiqi said that the investigation is just the beginning of a more detailed probe of oil products imported over the past 10 years and that those responsible for the irregularities will be held accountable, be it an institution or a company.