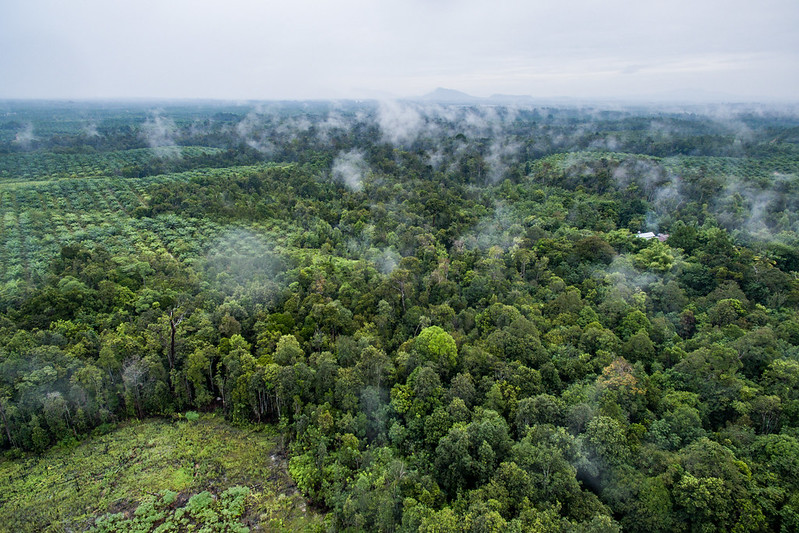 “The complete lack of meaningful involvement by affected communities in decision-making over their land, increases the chance that the project will be derailed by corruption or private interests,” the report said.

Palm oil is a widely-used product for food manufacturing, beauty products, and biofuel.

Human Rights Watch interviewed more than 90 residents living on or near peatland that has been converted for commercial agriculture.

Abdul Majid, a 42-year-old man from Seruat Dua, said he attended a meeting in 2010 between the PT Sintang Raya company and authorities.

“The company said: ‘We have all required permits from the government, you can get 10 lawyers to sue, and we will be waiting for that.’ There was no discussion about compensation or anything else,” he said.

Many of the villagers contest the validity of these government-issued permits, but police have been found to harass, intimidate, and prosecute villagers who resist or protest the project.

In 2012, an Indonesian court did eventually require the company to return land to some residents, which the Supreme Court confirmed in 2014. PT Sintang Raya, however, has yet to do so, and Indonesia’s Land Agency has done nothing to enforce the judgment, according to the report.

In fact, local media and nongovernmental organizations reported that laws originally enacted to sanction corporations have instead been used to prosecute Indigenous people who protest the loss of their land.

“Indonesian authorities are permitting palm oil companies to destroy peatlands and cause other environmental harm with scant regard for the rights of local communities or the environmental consequences,” said Juliana Nnoko-Mewanu, one of the authors of the report.

“The Indonesian government should ensure that companies comply with laws to protect residents' land rights, as well as environmental laws, and do their part to address the climate crisis,” she said.

As the Indonesian government fails to protect the rights of local communities, it has also permitted the destruction of one of the world’s most important carbon sinks, the report found.

Peatlands in Indonesia store an estimated 80 billion tons of carbon, about five percent of all carbon stored in soil globally.