Lawyers from the Turkish city of Izmir requested on Monday authorities to investigate claims made by a mob boss that ministers from the ruling party were involved in various crimes, including drug trafficking and the murder of a journalist. 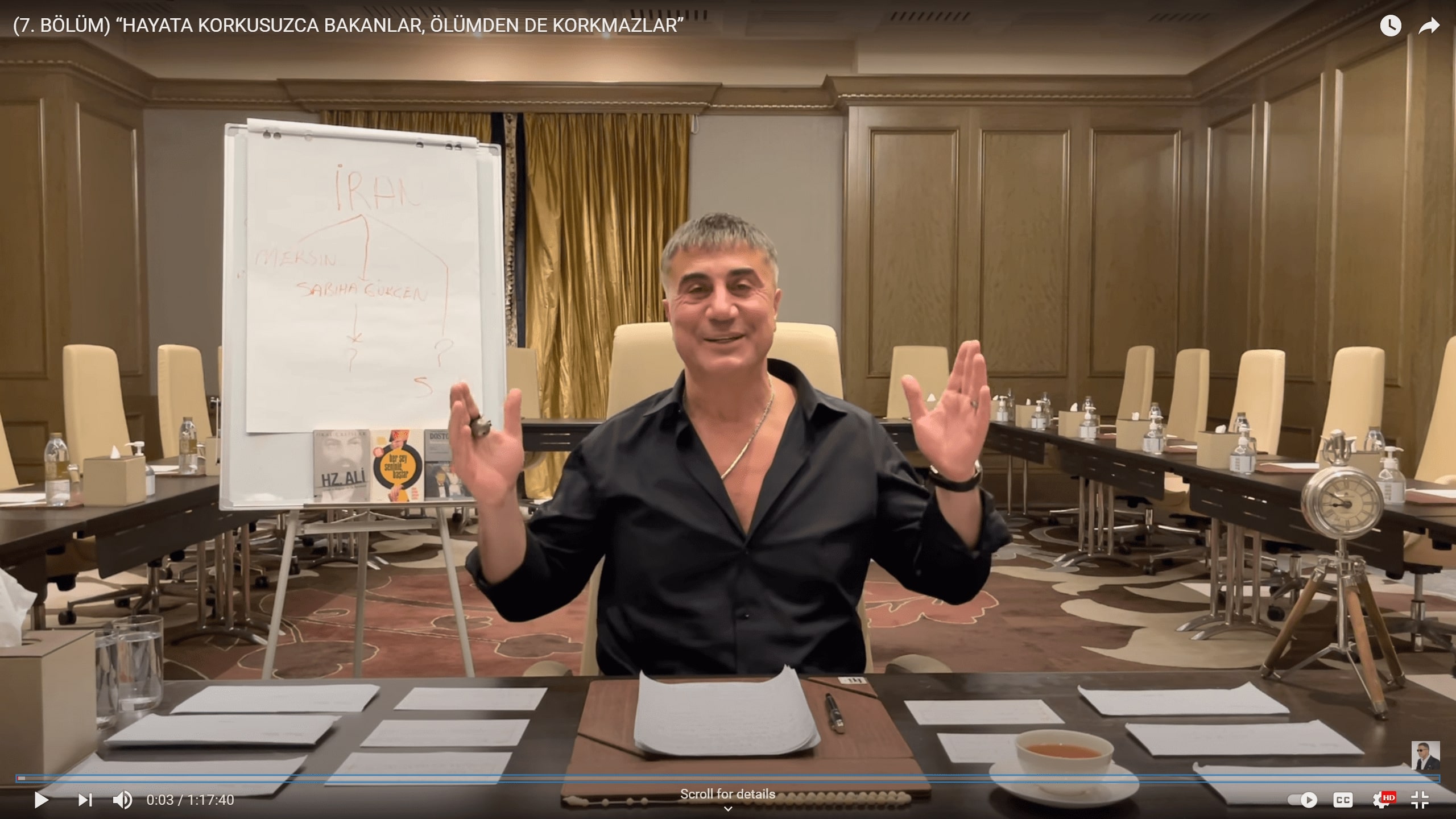 The seven videos, on average an hour long each, have racked up some 70 million views. (Photo: screenshot, Youtube)A series of seven Youtube videos released by rambunctious Turkish gangster Sedat Peker between May 2 and May 23 have gone viral in Turkey and shaken the country to its core.

Looking very much like Tony Montana from the 1983 film Scarface, Peker could be seen sitting in a lavish hotel conference room and sporting a gold chain and open-buttoned shirt while detailing a long list of mafia collusion and other illegal actions that he claims top officials from President Recep Tayyip Erdogan’s Justice and Development party or their associates have been involved in.

He said Interior Minister Süleyman Soylu allowed him to the flee the country, accused the son of former Prime Minister Binali Yildirim of traveling to Venezuela to set up a government-sanctioned drug trafficking ring, and in his most recent video accused former Interior Minister Mehmet Agar of hiring Peker’s brother Attila to assassinate Turkish Cypriot Journalist Kutlu Adali in the late 90s.

The Izmir Bar Association filed a complaint, calling for Peker’s claims to be probed.

“His speeches contain very important confessions in terms of state and mafia relations, and these confessions and statements must be taken seriously and evaluated by an independent judiciary,” the association said in a statement.

The seven videos, on average an hour long each, have racked up some 70 million views according to the Turkish daily Ahval, which means that almost the entire population of Turkey has seen them in the less than a month since Peker started broadcasting.

The Izmir Bar Association said it regrets that although so many people have seen the videos, no investigation has been launched. The lawyers also called for the dismissal or resignation of Interior Minister Soylu who they believe would bias the proceedings.

“The Republic of Turkey has to resolve the aforementioned process through an effective investigation,” they added. “Otherwise, It will leave society alone with the reality of a country where the law is completely eliminated and the words of the powerful and those involved in illegal affairs are accepted as the only valid currency.”