Criminal organizations exploited increased air travel in Latin America and the Caribbean to traffic birds, reptiles, mammals and other species outside and within the region, endangering the world’s most-wildlife rich territory, a new report reveals. 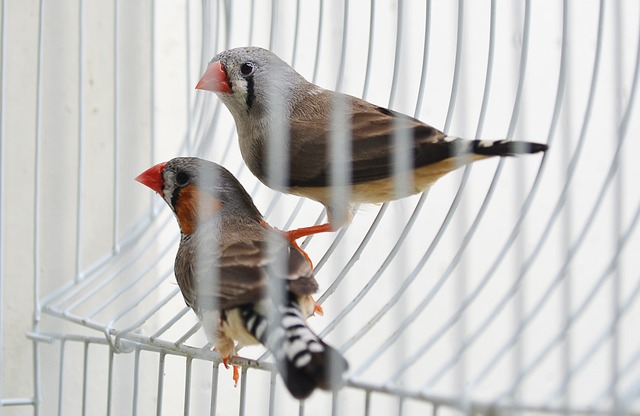 Birds, reptiles, mammals and other species are often targets of wildlife trafficking. (Photo: Mohamed Nuzrath, Pixabay, License)Mexico, Brazil and Colombia reported the highest number of wildlife seizures over the past decade, TRAFFIC, an international NGO that monitors the global wildlife trade,revealed last week.

Mexico’s capital district, Tijuana, and the Brazilian cities of São Paulo, Belem, Manaus ranked among the most common routes traffickers used to illegally transport wildlife, constituting 38% of all the seizures in the region between 2010 and 2020.

During that period, regional authorities reportedly conducted more than 280 seizures linked to 53 countries globally. However, the figure is likely far from representing the scale of wildlife air trafficking in Latin America and the Caribbean since records don’t reflect successful smuggling events and governments don’t consistently collect or report these incidents.

The report recorded a total of 65 unique species of wildlife trafficked through the region via air transport. Birds, especially finches, topped the regional list as the most trafficked animal by air, accounting for 45% of the seizures of checked baggage.

Nearly all of them were smuggled live in cabin luggage and transported to Brazil, Netherlands, and the United States, where the demand for songbirds makes wildlife trafficking a profitable business.

Contrary to birds, criminals disproportionately used air freight for trafficking fish and reptile species due to their ability to withstand cramped conditions, the report says.

Totoaba fish bladders, often used in traditional medicine, and sea cucumbers, considered in many countries as a luxury food item, prevailed among the most trafficked marine species.

Lizards, snakes and turtles are also amongst the most demanded animals on the illicit market.

Live animals were more likely to be shipped in checked baggage than within air freight, the report claims.

Some countries, including Brazil, recorded high levels of intracountry trafficking, while others reported trafficking patterns suggesting the shipments were mostly sent to international destinations.

Although the wildlife trafficking in the region consistently grew until 2019, when it saw a slight decrease, consequences of illicit trade have been dire for the region’s animal population, with data-driven NGO C4ADS alerting that the regional wildlife size dropped 94% between 1970 and 2020.

“Increasing wildlife trafficking will continue to degrade this essential environment,” the NGO warned, referring to the region’s vast biodiversity.