The U.S. Navy said it intercepted in the North Arabian Sea a so-called stateless dhow — a single or double masted sailing ship, bearing no flag to signify it’s nation of origin or registry — but carrying illicit weapons and ammunition enough to supply a not insignificant military force. 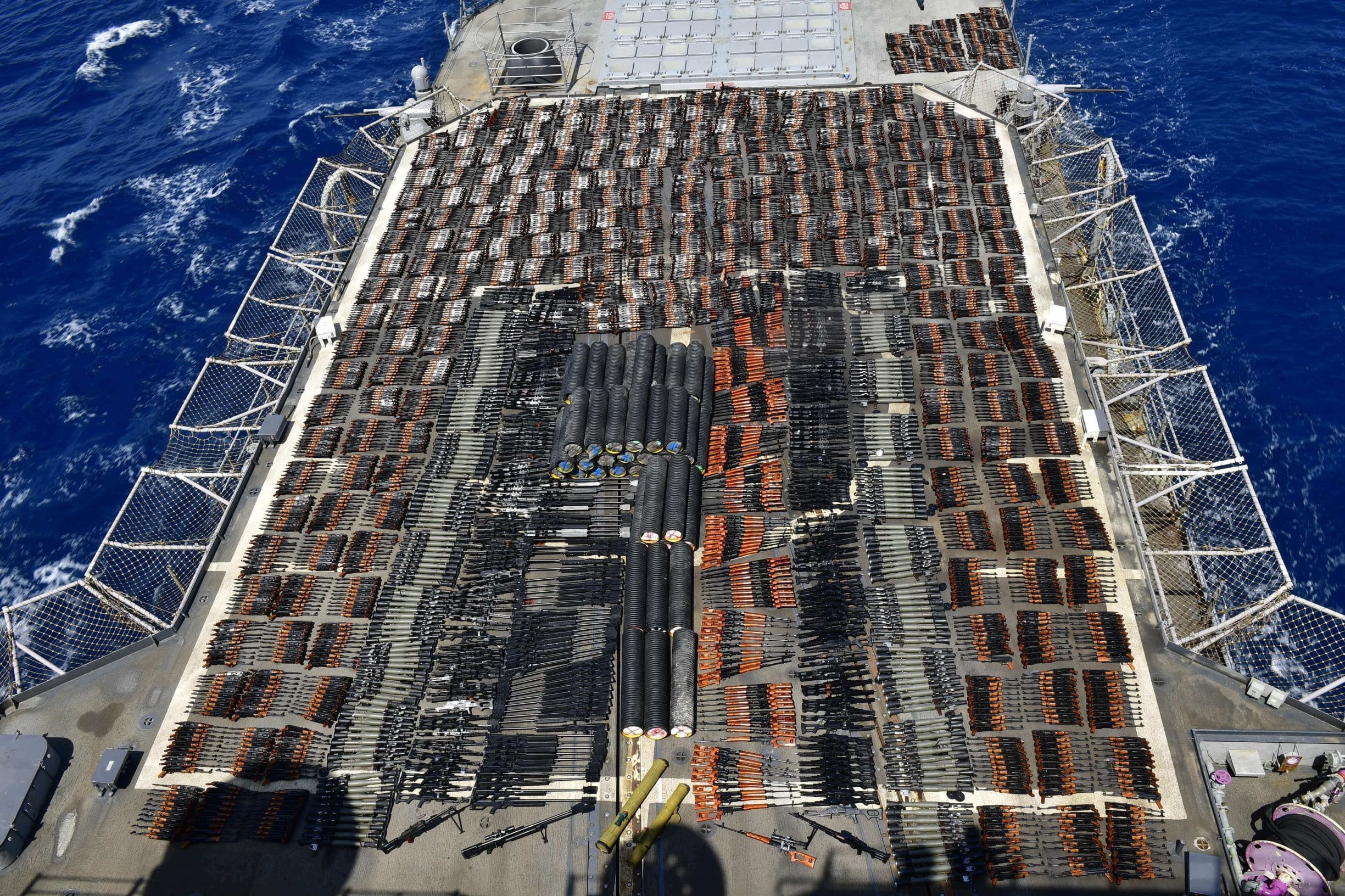 Dhow-style vessels have previously been used to traffic weapons across the Arabian Sea to the Yemeni group. (Photo: U.S. Navy)Once confiscated, the Russian made anti-tank missiles, Chinese Type 56 rifles, hundreds of other machine guns, sniper rifles and rocket launchers completely covered the nearly 600-foot deck of the USS Monterey.

“The U.S. Navy conducts routine patrols in the region to ensure the free flow of commerce for legitimate traffic, disrupt the transport of illicit cargo that often funds terrorism and unlawful activity, and safeguard the rules-based international order,“ the Navy statement said.

While the origin and destination of the arms remain under investigation, the route has previously been used by smugglers to supply Yemen’s Houthi Militia, CNN reported.

The Iranian-backed force has been locked in a years-long civil war with Yemen’s internationally recognized government, who are largely supported by Saudi Arabia and the U.S.

While dhow-style vessels have been used by fishers and traders from the Middle East to southeast Asia for centuries, in recent years they have been also frequently used to traffic arms across the Arabian Sea for the group, with three other interceptions this year alone, according to CNN.

The Houthis have also repurposed dhows to bolster their naval capabilities, with so called “spy dhows,” used to monitor the Red Sea and the Indian Ocean, according to a 2018 report by the Combatting Terrorism Center at West Point.

After the seizure, “the dhow was assessed for seaworthiness, and after questioning, its crew was provided food and water before being released,” the Navy said.