Civil society organizations in the Philippines accused President Rodrigo Duterte’s administration of using COVID-19 to eliminate political opponents by arresting them on trumped up charges and then letting them die of COVID-19 in prison. 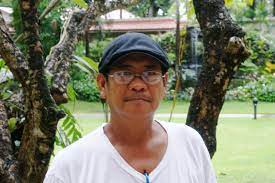 Before his arrest, the leader of the Peasant Movement of the Philippines (KMP) was subjected to a years-long smearing campaign and became a staple in government-sponsored propaganda against activists, the PCFS said in a press statement last week. Duterte’s government often sees civil society activists as communists or terrorists.

“He was not killed by a bullet like countless other farmer activists in the Philippines, but Joseph Canlas was certainly murdered … by the unspeakable negligence of his captors — the Philippine National Police — from arrest to his death,” the PCFS statement said.

Canlas “was slain by the horrible conditions of prisons in the Philippines, which at least 656 political prisoners still endure today. He was murdered by Duterte’s war against farmers and food producers — now sitting atop 325 victims since he came to power,” the group said.

The network said Canlas “was not the first and nor will he be the last victim of the deliberate weaponization of COVID-19 in prisons, if nothing is done.” A year ago, farmer leader and human rights worker Adelaida “Nanay Ede” Macusang died under the same circumstances in the Southern Philippines, it said.

Local media cited authorities as saying that Canlas was arrested for illegal possession of firearms and explosives end of March and that at the time of his arrest he was not infected with the coronavirus.

Grassroot organizations and NGOs accused state forces of planting evidence against Canlas and using red-tagging to target the peasant hero, who had been critical of the Duterte regime.

Red-tagging, targeting, planting evidence, and arresting or killing political dissidents has escalated since President Duterte’s controversial antiterrorism bill was passed in July of 2020.

After the President urged in March police to “ignore human rights,” government forces killed nine people they labeled as communists, but who were actually human rights defenders.

Canlas was a well known environmental defender and worked to improve the plight of farmers in the Philippines. He was a vocal opponent of the Rice Liberalization Law which altered tariffs on imported rice, making it difficult for local farmers to compete.

“He gave voice to and led tens of thousands of poor farmers in the provinces of Tarlac, Pampanga, Bulacan, Bataan, Zambales, Nueva Ecija, Aurora, and Pangasinan,” the Kilusang Magbubukid ng Pilipinas or Peasant Movement of the Philippines (KMP) said in a statement about Canlas’s life.

“He was among the best in a long line of mass leaders who bloomed from the fertile lands of Central Luzon’s valiant mass struggles. In turn, Ka Joseph himself sowed seeds for generations to come.”

“We will turn our grief into strong indignation and protest this government that kills its people,” KMP said.