Mexican authorities arrested the mayor of Asunción Nochixtlán, a town some 300 kilometers southeast of Mexico City, and two others believed to be responsible for the disappearance of British-Mexican activist Claudia Uruchurtu Cruz who took part in anti-corruption protests the day she went missing. 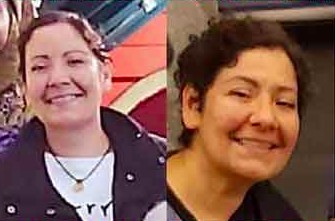 Missing British-Mexican activist Claudia Uruchurtu Cruz. (Photo: Wordpress)The Office of the Attorney General in the Mexican state of Oaxaca announced the arrest of three people and identified them only by their initials, but local media reported that a source inside the prosecutor’s office confirmed the identity of “L.V.H.” to be Mayor Lizbeth Victoria Huerta.

Uruchurtu Cruz attended on March 26, an anti-corruption demonstration outside the City Council protesting acts of violence by authorities allegedly ordered by Huerta. Witnesses reported that Uruchurtu Cruz was last seen being forced into a red pick up truck by armed men.

“This has recently led to municipal government employees and associates launching smear and intimidation campaigns against Claudia,” the post added.

President Andrés Manuel López Obrador, who shares a political party with the accused Mayor, called on Tuesday the disappearance “painful” and added that the case must be “clarified.”

“The investigation was opened and a participant, as a protected witness, said she had been murdered and that the order allegedly came from the municipal president of the Morena party,” the President said.

Uruchurtu Cruz tried to expose the Mayor Huerta, who was up for reelection, many times over misuse of public funds and illegal enrichment, according to the newspaper REFORMA.

British MPs, Amnesty International, and the U.N. have all sent letters to the Mexican government calling for a swift and thorough investigation into Uruchurtu Cruz’s disappearance that brings the perpetrators to justice.