For the first time in its history, the Catholic Church beatified a judge, bringing late Sicilian magistrate Rosario Angelo Livatino closer to sainthood more than 30 years after the Sicilian mafia killed him in 1990. 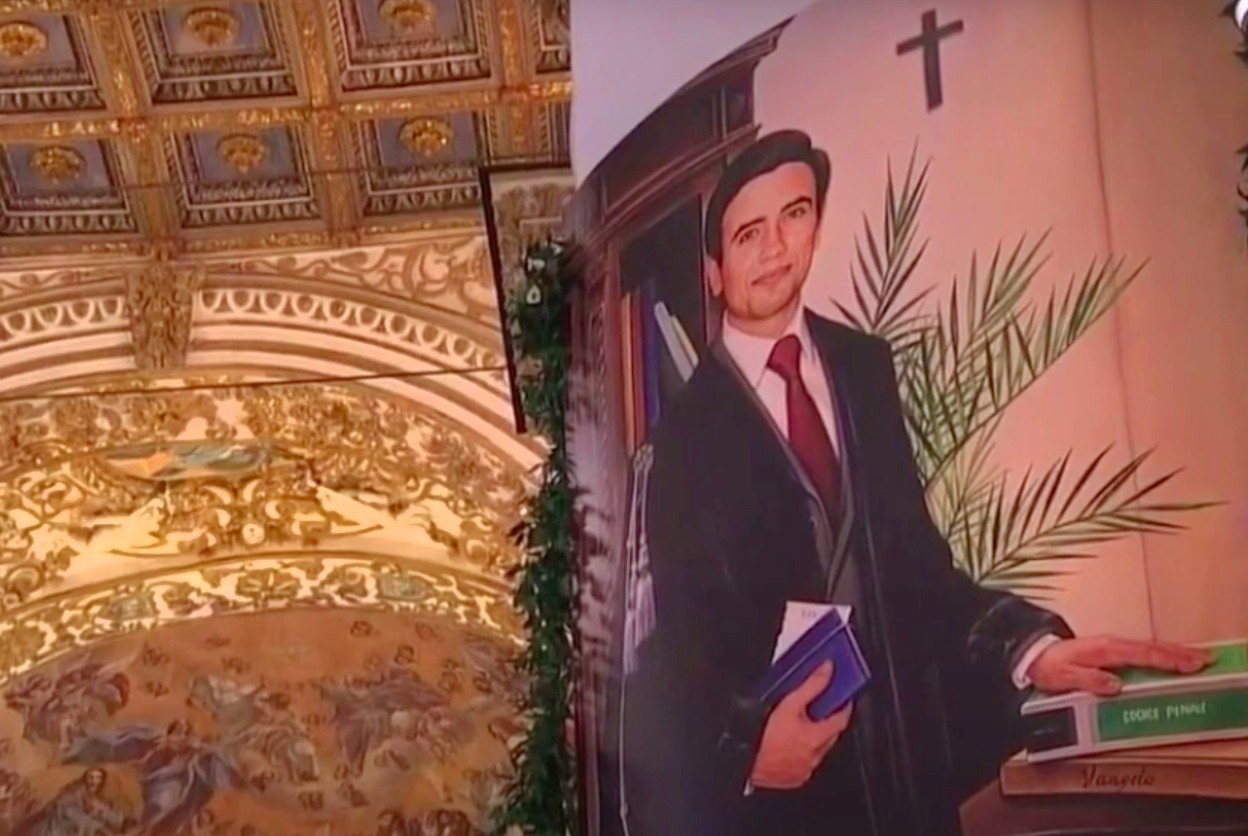 Catholic Church beatified Rosario Angelo Livatino, a judge killed by Sicilian mafia in 1990. (Photo: Cathedral of Agrigento, screenshot of the beatification service)During the Sunday mass in the Cathedral of Agrigento, on Sicily’s southwest shore, Prefect of the Congregation for the Causes of Saints, Cardinal Marcello Semeraro, officially declared the judge who fought against organized crime “Blessed.”

“In his service to the community as an upstanding judge, who never allowed himself to become corrupt, he strived to judge not to condemn but to rehabilitate,” Pope Francis said at a mass in the Vatican, praising the beatification of the “martyr for justice and faith.”

Rosario Livatino, dubbed "The Boy Judge" because of his youthful appearance, began his career as a prosecutor in Agrigento in 1979. He was determined in his fight against corruption and had obtained the arrest of high-ranking criminals as well as the seizure of large amounts of money and property.

Livatino was regularly going to church and was a devoted believer. However, his commitment to work against organized crime angered the mafia and the bosses of Sicily’s crime groups Stidda and Cosa Nostra hired gunmen to kill him.

Blessed Rosario Livatino was only 38 when he was ambushed while driving alone from his house to the court in Agrigento on September 21, 1990. He got out of the car and started running across a field when four gunmen opened fire and killed him, according to the Church.

The Pope stressed that Livatino had always kept his work “under the protection of God,” for which he “became a witness to the Gospel up to his heroic death.”

“May his example be for everyone, especially for judges, an incentive to be loyal defenders of lawfulness and freedom;” Pope Francis said after delivering the Regina Coeli (Queen of Heaven) prayer.

The same day Livatino was beatified, the Vatican struck another blow to the mafia.

The Dicastery for Promoting Integral Human Development, which was created in 2016 following the wishes of Pope Francis, announced on Sunday that it has set up a “working group” dedicated to “excommunications of mafia members,” who largely identify strongly with Catholicism.

The working group will research the theme of mafia excommunication, collaborate with bishops around the world, and promote various initiatives in this area, according to the Dicastery, which is part of the Roman Curia — the Holy See's administration.