Over 40 non-governmental organizations signed last week the Raising the Bar Statement which asks the European Union to strengthen its approach to tackling illegal logging and deforestation when it proposes new regulations in June, according to an Environmental Investigation Agency press release. 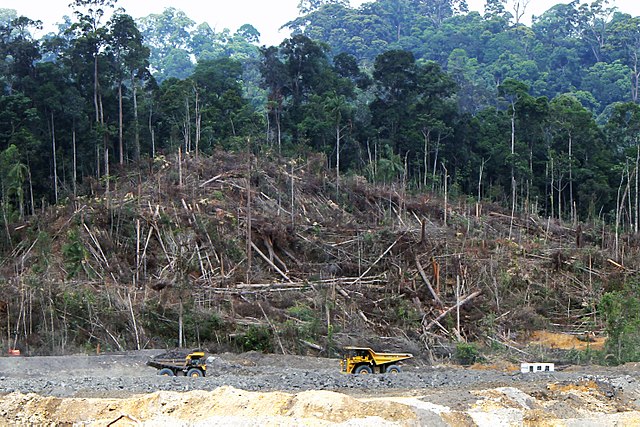 More than 40 non-governmental organizations called the European Union to strengthen its approach to tackling illegal logging and deforestation. (Photo: IndoMet in the Heart of Borneo, Flickr, License)At the center of the plea is the Forest Law Enforcement Governance and Trade (FLEGT) Action Plan, a current EU policy concerning illegal logging which NGO’s fear will be detrimentally weakened.

The European Union and civil society organizations seem to disagree on the effectiveness of the FLEGT action plan, specifically when it comes to a provision known as a Voluntary Partnership Agreement (VPA) in which EU and non-EU timber producing nations agree to ensure the legality of the timber trade.

“According to recent research, and independent evaluations, the FLEGT Action Plan remains a relevant and innovative response to the challenge of illegal logging,” the statement said.

“It has improved forest governance in partner countries and has put the issue of illegal logging at the forefront of policy concerns. It is strengthening legal and institutional frameworks, and increasing multi-stakeholder dialogue and participation, and transparency in partner countries.”

However, information released in February by the EU, provided a very different assessment.

“No evidence that VPAs have contributed to reducing illegal logging in the partner countries and the consumption of illegally-harvested wood in the EU,” an EU analysis of timber regulations said. “Slow and very costly processes. After 20 years of negotiations, only one country (out of 15) has an operating licensing system in place. Among the top 10 EU trading partners, there is only one VPA country.”

The Environmental Investigation Agency claimed that the success of Indonesia is evidence of the program’s effectiveness. The FLEGT action plan and VPA have been found to decrease the amount of illegal logging in Indonesia, according to a report by the Center for International Forestry Research.

While the EU report did show that FLEGT regulations have had a positive impact on stakeholder participation and transparency, it noted that a key challenge was a lack of participation in VPAs by major timber exporters and suggested modifying the agreements to preserve forestry partnerships while omitting licensing in a trade agreement.

In the statement, NGOs urged the EU to stay the course with VPAs, listing recommendations for negotiations with fifteen different timber producing nations. It criticized prematurely abandoning the program.

“Lowering the bar on measures to curb illegal logging and the associated trade or revoking existing measures would send the wrong message to partner countries,” the Raising The Bar Statement said.

“These countries have invested considerable resources in cleaning up their forest sector and have shaped ambitious reforms in consultation with concerned authorities, private sector, civil society, and local communities. Unilaterally making changes would compromise the EU’s leadership on climate and the environment, raising concerns among other major markets that the EU is weakening its position,” it concluded.