Days after the leader of one of Colombia’s Indigenous leaders was murdered, a group of armed men opened fire and injured 32 members of the Indigenous Guard while the group was clearing illegal coca plants from their territory. 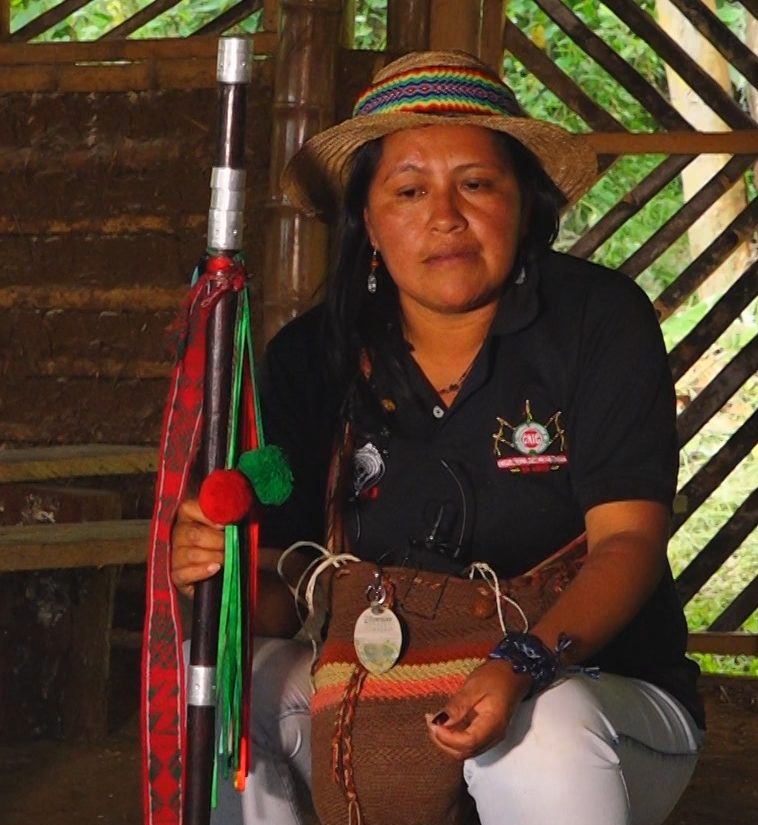 Colombia's indigenous people seek protection, justice after a brutal murder. (Photo: CRIC Colombia)Once the attackers emptied their guns, they hid in nearby homes but 15 of them were later apprehended and questioned, according to Ermes Pete Vivas, Senior Advisor at the Regional Indigenous Council of Cauca (CRIC).

The organization said that it has been frequently targeted by armed groups. The Cauca region is strategically important to drug traffickers for growing coca and the production of cocaine. Colombia is believed to be the world’s biggest cocaine producer.

Thursday’s attack came days after Sandra Liliana Peña Chocué, the Governor of La Laguna Siberia reservation and the leader of the Páez people, also known as the Nasa, was gunned down near her home after she spoke out against the illicit agribusiness on Indigenous territory.

“The captured persons have begun to inform who were the intellectual and material authors of the incident of the comrade Governor,” Vivas said.

Governor Peña Chocue fought against the presence of drug traffickers and their illicit crops on Indigeneous land and worked on the preservation of the culture of the Nasa. To continue her work, Indigenous leaders ordered the illegal plants cleared from their territory.

After Peña Chocué’s murder, the Indigenous leadership sharply criticized the government of President Iván Duque and blamed it for neglecting Cauca and for “structural failure” that exacerbates the social and armed conflict in their region.

Violence in Indigenous territories has risen since Duque’s administration came to power over two years ago, sparking protests of thousands of indigenous people in Bogota in October.

This year, 52 Indigineous leaders have been murdered in Colombia, many with impunity, leading Vivas to call on international organizations and the International Criminal Court to take action.

Colombia’s Ministry of the Interior, Daniel Palacios announced that the ministry would contribute 12 billion Colombian pesos (around US$3,226,642) to strengthen the Indigenous Guard and one billion pesos (about US$268,886) to develop projects to replace illegal crops in Cauca.

Peña Chocué was one of six children of former leaders, Clímaco Peña and Delfina Chocue. The 35-year-old governor continued the work of her parents, her sister Olga said. She leaves behind two children, five and 13, who will be cared for by their aunt.

In his remarks, Vivas stressed that the community must continue to fight the illegal presence of armed groups and protect indigenous land.