US Sanctions Russia for Cyberattacks and Election Interference

The U.S. Government imposed new sanctions on Russia for its interference in the 2020 U.S. election, cyberattacks and for its occupation and human rights violations in Crimea. 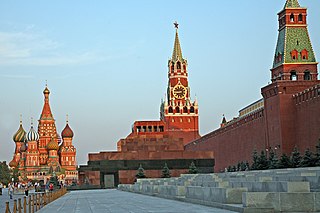 Russia's malign behavior included the harassment of journalists and political dissidents. (Photo: W. Bulach, Wikimedia, License)President Joe Biden signed an executive order on Thursday, blocking assets held in the U.S. or controlled by U.S. companies, which belong to 21 Russian nationals and 25 business or other entities, believed to support the Russian intelligence service.

Following the order, the U.S. Department of the Treasury punished the “aggressive and harmful activities by the Government of the Russian Federation” by imposing restrictions on lending to designated Russian entities, and sanctioning technology companies supporting Russian Intelligence Services.

Apart from election interference and the Crimea occupation, that malign behavior included the harassment of journalists and political dissidents, and Russia’s use of cyber attacks and intelligence services to harm the interests of the U.S. and its allies, President Biden’s order said.

In an attack that has been referred to as “your worst nightmare” the SolarWinds hack compromised the security of Microsoft Office 365’s email service which is popular among federal agencies such as the FBI and DEA, potentially giving Russian intelligence access to the emails of some 100,000 government employees.

“Treasury is leveraging this new authority to impose costs on the Russian government for its unacceptable conduct, including by limiting Russia’s ability to finance its activities and by targeting Russia’s malicious and disruptive cyber capabilities,” Yellen said.