After they intercepted encrypted messages exchanged between members of organized crime groups, Belgian authorities seized in the port of Antwerp 27.64 tons of cocaine worth some 1.38 billion euros (about US$1.64 billion) just over the past two months, the Belgian Prosecution Office said on Tuesday Belgian and Dutch investigators accessed the messages after cracking the encrypted communication platform Sky ECC in March last year. 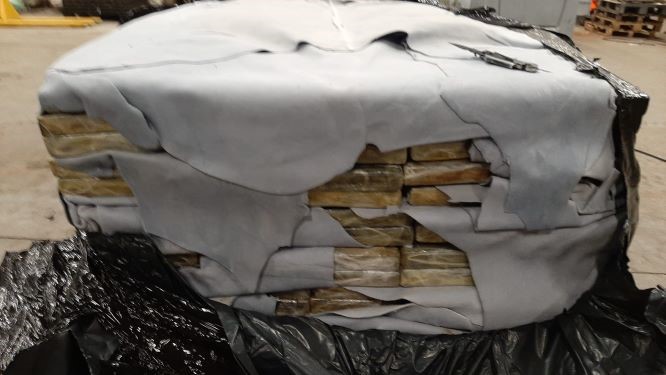 A court in Antwerp confirmed the arrests of four people, including an employee of a port company.

The Public Prosecutor’s Office said the suspects acted as intermediaries and exploited the access they had to public databases, such as the national register, to let the drugs enter Europe’s second-largest port.

Thanks to the decrypted messages, local authorities have since February been able to detect dozens of batches of drugs, including nearly 11 tons of cocaine discovered in a container in early April.

The Sky ECC interception led Belgian and Dutch authorities to arrest nearly 50 suspected criminals and search more than 200 premises last month. The Belgian Prosecutor’s Office informed back then the seizure of 14 tons of cocaine and the confiscation of over 1.2 million euros (US$ 1.4 million).

Meanwhile, a U.S. court in California indicted and issued an arrest warrant against Sky Global’s CEO, Jean-Francois Eap, and one of the company’s high-level distributors, Thomas Herdman, for selling devices that intentionally facilitated the transnational importation and distribution of narcotics.

According to U.S. prosecutors, the company made hundreds of millions of dollars by providing the service to criminal networks.

The Belgian authorities’ move follows the takedown of another encrypted communication service used “exclusively” by organized crime. A year ago, European law enforcement dismantled EncroChat, a messaging network with 60,000 subscribers.

The crackdown resulted in more than a thousand arrests, the seizure of tons of narcotics and the dismantling of synthetic drug labs.