Hungarian authorities said they dismantled an organized crime group believed to have deprived the Hungarian budget of more than 8.2 million euros (cca. US$9.6 million) in unpaid taxes using a sophisticated and intricate value-added tax fraud mechanism known as ‘carousel fraud.' 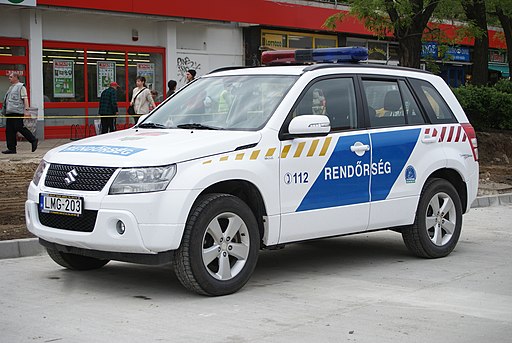 Hungarian police (Photo: Andics Zoltán, Wikimedia, License)Authorities in Hungary and Croatia carried out 100 searches and arrested nine suspects, including the alleged leader of the criminal organization and two of his associates, Europol said in a statement on Wednesday.

More than 300 police officers and financial investigators participated in the operation carried out in early March. They seized 4.16 million euros ($4.9 million) in properties, cash and frozen bank accounts.

According to the Hungarian National Tax and Customs Administration (NTCA), the group exploited the VAT-free legislation that allows EU member states to trade freely across borders.

But criminals take advantage of this system by selling goods to several businesses that are part of the scheme: a company in one EU country first purchases VAT-free goods from a company in another EU state.

It then sells those goods to a third company in the same country, charging the prescribed VAT which it is later obliged to pay to the state. However, before it does, the second company disappears - for example, it files for bankruptcy - without declaring any taxes, turning into what authorities have termed as a ‘missing trader.’

Now the third company sells the same goods to a fourth business abroad, which would be another international deal, exempted from VAT.

This would mean that the third company would be losing money as it can’t charge the fourth company the VAT it had paid to the missing trader.

Very often, all of the businesses in the chain are owned by the same people.

The NTCA said the organized crime group used missing traders based in Hungary and Croatia and that its companies involved in the scheme did not have any employees, equipment, or premises. Authorities added that the beneficiary companies received fictitious invoices and transferred funds to the missing traders every month.

Every year, organized criminals use VAT schemes to bleed an amount equivalent to the GDP of Greece from the bloc’s budget. Carousel Fraud, specifically, drains around 60 billion euros ($70.3 billion) annually from the EU coffers as fraudsters avoid the payment of VAT or claim repayments from national authorities.