Chinese-owned fishing companies cheated the Ghanaian government out of millions of dollars a year in fishing license revenues by using shell companies to fraudulently obtain lower-priced local licenses, according to a new study by the Environmental Justice Foundation (EJF). 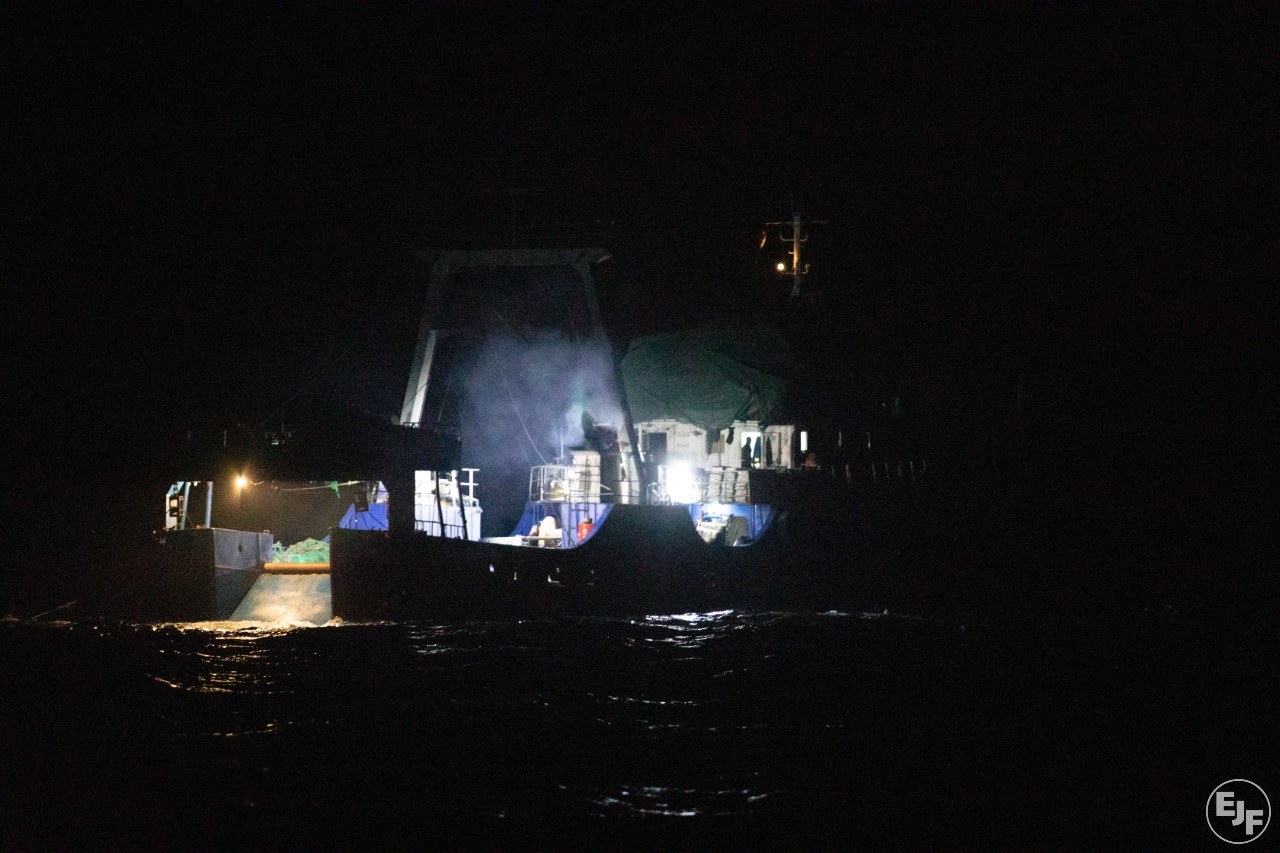 In response to the illegal fishing, the government has appointed observers to address overfishing by foreign trawlers. (Photo: EJF)The West African nation also fell short in it’s duties to punish and deter illegal fishing, imposing fines below the minimum amount required by law which amounted to over 10 million dollars in unrealized enforcement revenue, according to the non-governmental organization.

“The report recommends urgent reforms in Ghana’s trawl sector that first and foremost improve transparency, so it is clear who is benefiting from fishing access, what and how much they are fishing, how much they are paying and what these funds are used for,” EJF said.

The study estimated that the 90% of coastal bottom trawlers operating in Ghana are Chinese owned - figures which do not translate into dollars for the Ghanaian government when compared with fishing license revenue of nearby countries. Based on these benchmarks, the study estimated that Ghana is missing out on between US$14.4 and $23.7 million annually.

In a country already inundated with fishing troubles, these fraudulent licences contributed to an unsustainable fleet of trawlers in Ghana, which the study found could be reduced in size by up to 87% and still increase revenue by adopting licensing fees similar to those of neighboring coastal nations.

Chinese Trawlers are notorious for illegal fishing in Ghana, as they drag weighted nets across the ocean floor and catch juvenile fish that have not yet reproduced. Thay also take part in so-called “Saiko” fishing - loading frozen blocks of unwanted by-catch on the canoes of local fishermen who do not have the illegal nets the trawlers use.

In response to the illegal fishing that decimated the fish populations in the country’s waters and put the entire fisheries sector at risk of collapse, the government appointed observers to address overfishing by foreign trawlers.

One of these regulators, Emmanuel Essien, went missing from the Chinese trawler Meng Xin 15 in July, 2019 after investigating the ship for illegal fishing, according to the Guardian. The Meng Xin 15 is owned by Chinese company Dalain Meng Xin Ocean Fisheries Co. Ltd. which EJF found operates 17 fishing vessels under local Ghanaian fishing licenses.