Gold-smugglers’ wigs, horse doping, sweet ecstasy, sentencing for the admiral of a fleet of narco-submarines, and the Girl Scout with her hand in the cookie jar ― welcome to your regular roundup of the weirdest events in corruption and organized crime, from us here at OCCRP’s Daily News team. 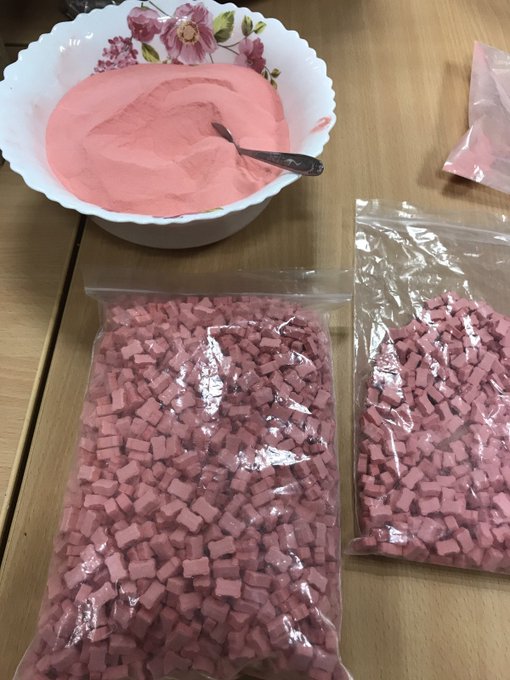 Parisien police seized a suspected shipment of ecstasy that turned out to be strawberry powder (Photot: Préfecture de Police, twitter)A tale of fast horses and faster schemes from France this week, where an Italian-born trainer is facing criminal charges after an inquiry by an industry authority found him guilty of horse doping and running a shadow training operation last year.

Police have released details of an indictment against Andrea Marcialis, in which prosecutors allege he engaged in forgery and organized crime as part of a conspiracy to enter doped horses into at least 31 races.

The purported criminal enterprise first came to light in August 2020 when Marcialis was allegedly observed in a racecourse car park carrying a syringe containing a clear liquid, which when accosted he reportedly attempted to conceal in his trousers.

Meanwhile in Paris, authorities were forced to row back on an announcement they had seized one million euros (US$1.2 million) worth of ecstasy when it transpired that the pastel pink tablets were, in fact, confectionary.

Toxicological analysis of the suspected drug shipment revealed that the pills were actually made of the same powder used by the manufacturer Haribo to produce its Tagada Strawberry Gummy Candy product.

Prior to discovering the error, police had initially described the seizure as the result of a “fruitful” investigation.

A U.S. judge has sentenced to six years jail time a man who used a fleet of submarine vehicles to smuggle drugs across the Detroit River.

Glen Mousseau, whom press have christened “Scuba Steve,” will begin his sentence almost a year after he was discovered floating in the stretch of water on the Canadian border while unconscious and tethered to almost 200 pounds of cannabis.

Citing Mousseau’s 47 convictions in Canada, prosecutors had argued the trafficker was the head of an international smuggling conspiracy, whereas his lawyer had asserted he was merely a low-level mule.

Over in the neighbouring state of Ohio, prosecutors have indicted a Girl Scout troop leader accused of stealing almost $13,000 dollars in proceeds from cookie sales and event fees over a five-year period.

Announcing the charges against 49-year-old Jill Gauthier, who allegedly used the money for personal purchase, Attorney General Dave Yost said that the suspect had been “literally caught with her hand in the cookie jar.”

“An adult-sized jar that should carry an adult-size timeout in a place with locking doors and barred windows,” he added. “How many boxes of Thin Mints will her troop need to sell to make up for her betrayal?”

And finally, customs officials at Chennai airport in India have reportedly arrested three people suspected of attempting to smuggle more than a kilogram of gold by hiding blocks of the precious metal under their wigs.

The men were reportedly detained when authorities noticed “their hairstyles looked suspicious.”

Custom department arrested three persons who tried to smuggle more than 1 kg of gold by hiding it under their wig at Chennai airport. They were caught after their hairstyles looked suspicious. 'Golden Hair'. pic.twitter.com/mji3jZj9kt