Mexico’s president has proposed a bill that would make graft cases involving public servants and human rights violations public. The move is supposed to make corruption investigations more transparent but experts said they will believe it when they see it. 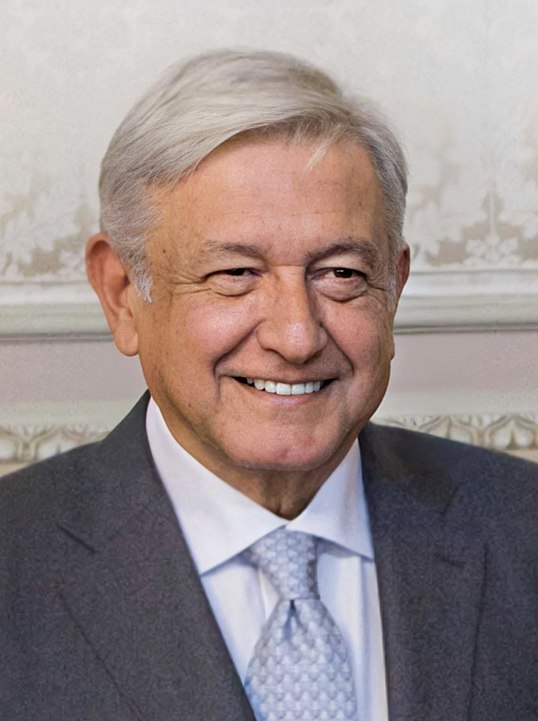 In order to make corruption investigations more transparent, Mexico’s president Obrador has proposed a bill that would make graft cases involving public servants and human rights violations public. (Photo: Presidencia de la República, Wikipedia, License)“One of the things that I propose, and I will make it a bill, is that, in the case of public servants, there is no secrecy, that the files be known,” President Andres Manuel Lopez Obrador said last week during his daily press conference.

The left-wing leader added that corruption qualifies as a form of human right violation and that probes involving public servants shouldn’t be kept secret under the principle of due process.

But Mexican researchers are concerned about the president’s motives and doubt the bill would really make probes more transparent.

“Most of the statements made by the president during the daily conferences are political positions rather than duly founded and motivated normative projects,” Lourdes Morales, coordinator of the Mexican accountability network Red por la Rendición de Cuentas (RRC), told OCCRP.

Morales highlighted the risk of authorities incurring in abuse of power as the bill will disclose information from ongoing probes.

“You have to wait for all the evidence to be examined for a case to be considered a corruption case,” Morales said. “We have several cases of abuse of power in a country where impunity is rampant.”

“I wouldn't take the bill seriously unless I see it on paper,” she added.

The expert concerns follow a controversial precedent set by President Lopez Obrador earlier this year, when he suggested the dismantling of the Mexican National Institute for Transparency (INAI).

In a separate broadcasted conference held last January, Lopez Obrador said the institute had served past administrations as a smokescreen. It was giving the population a false sense of transparency, he claimed. Morales disagreed, arguing that the dismantling of the INAI could pave the way for more opacity.

“We already know, from several statements made by the president, that he doesn’t like the INAI,” the RRC coordinator said, “and that he wants to transfer its functions to the public function secretary, which is one of the most opaque institutions in Mexico.”

Although Morales recognized there’s room for improving the transparency body, the expert said that dismantling the institution entirely would be a “catastrophe” as it has allowed access to information of public interest.

She also questioned the president’s transparency-related initiatives as the country approaches its legislative elections, saying that political reasons could be fueling the two proposals.

“I wouldn’t take seriously what the president says in his daily conferences, but new elections are coming and it is not convenient that citizens have enough information to objectively assess this administration which has been disastrous in handling the pandemic, the economy, and the social equity,” Morales said.