More than 30 United Nations member states came together on Friday to condemn the trajectory of human rights in Egypt and call for an end to the use of terror against those perceived as threats to the state for simply exercising their right to freedom of expression. 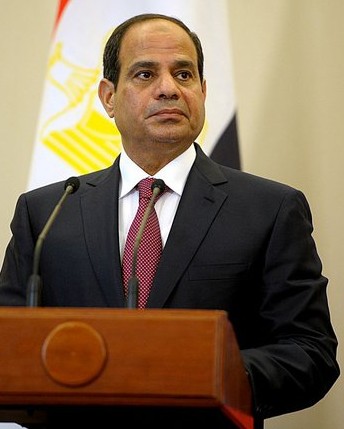 “We urge Egypt to guarantee space for civil society – including human rights defenders – to work without fear of intimidation, harassment, arrest, detention or any other form of reprisal,” the statement said.

Egypt is the world’s No1 in imprisoning journalists on false news charges, according to data from the Committee to Protect Journalists (CPJ), which also notes that in Egypt, most imprisoned journalists are charged but not sentenced. They remain detained for months or years while they await trial.

The statement, signed by Australia, Canada, the United States, New Zealand and several European countries, marks the end of “years of a lack of collective action” at the UN Human Rights Council towards Egypt, the Director of the Cairo Institute for Human Rights Studies, Bahey Hassan, said in a statement.

“Countries should continue to make it clear to the Egyptian government that it will no longer have a carte blanche to arbitrarily imprison, torture or violate the right to life or unlawfully kill people,” she added.

Freedom of expression and human rights in Egypt have deteriorated under President Abdel Fateh el-Sisi’s reign. Since taking office in 2014, his regime has imprisoned 172 journalists, according to CPJ data, and has carried out tens of thousands of political detentions in often inhumane conditions.

Only last month, an Egyptian columnist, Gamal al-Gamal, was charged with terrorism for "inciting public opinion against state institutions." CPJ released a statement at the time, urging that Egyptian authorities “immediately and unconditionally release al-Gamal, drop all charges against him, and let him work freely.”