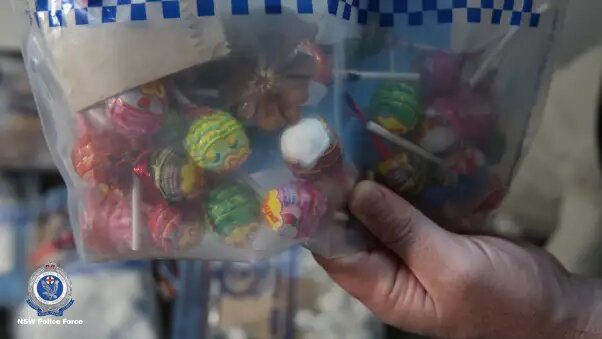 Police in Australia have charged three with trafficking drugs disguised as lollipops (Credit: NSW Police)Christmas might be a time of giving, but Europol is advising the public to be “vigilant” with their future choice of children’s presents after more than 16 million euros (US$19 million) worth of fake toys were seized across the continent during the festive season.

Between October and January, more than 4,700 inspections by authorities in 24 countries resulted in the seizure of close to five million counterfeit toys that, for want of rigorous safety testing, “posed a serious health risk for children.”

Some of the most common items included toy cars, board games and dolls from popular TV shows. Over 125 judicial cases have been opened as a result of the coordinated action, with 11 suspects arrested so far.

A Swiss trader claims to have been the victim of cargo fraud after Chinese authorities intercepted a 6,000-ton shipment of copper it had purchased from a Turkish supplier that turned out to have been “switched with jagged paving stones, spray-painted to resemble the semi-refined metal.”

Turkish police are reported to have arrested 13 people in relation to the scheme, which is believed to have cost the trader as much as $36 million.

The ‘Ndrangheta might be one of Italy’s most feared mafias, but they’re not entirely untouchable ― earlier this week, police in southern Calabria reportedly arrested 18 members of the Muto clan, one of many families that make up the criminal syndicate, on drug trafficking charges following a tip-off from an addict’s grandmother.

The concerned nonna is understood to have got in touch with the local Carabinieri “to ask them to save her grandson, who was being devoured by the world of drugs,” a police official reportedly said at a press conference.

Serious questions have been raised about the provenance of assets belonging to the man dubbed ‘Malawi’s richest bodyguard’ by the country’s press.

Anti-corruption prosecutors are understood to have obtained a seizure order for 1.7 billion kwacha ($2.2 million) worth of assets held under the name of Norman Chisale, including 78 high-end vehicles, 12 properties, and bank accounts containing 117 million kwacha ($149,500).

Something of a staple for OCCRP’s weekly oddities section ― the seizure of a bizarrely-concealed narcotics shipment.

Australian police have charged three people in Sydney following an investigation in partnership with authorities in the United States into a conspiracy to traffic methamphetamine and cocaine disguised as confectionary.

The suspects were allegedly able to use this method to smuggle almost six kilograms of meth and 655 grams of cocaine into the country.

And finally, authorities in Spain announced on Tuesday the arrest of several members of a local chapter of the Dutch outlaw motorcycle gang, the Saturadah.

The ten detainees are accused of trafficking narcotics after more than 7,000 marijuana plants and 30 packaged kilograms of the drug were discovered at their homes.