Experts have warned that Romania’s new system for monitoring illegal logging in the country ― itself an industry worth US$1 billion per annum, propped up by corruption and organized crime ― is falling seriously short of legally-mandated transparency requirements. 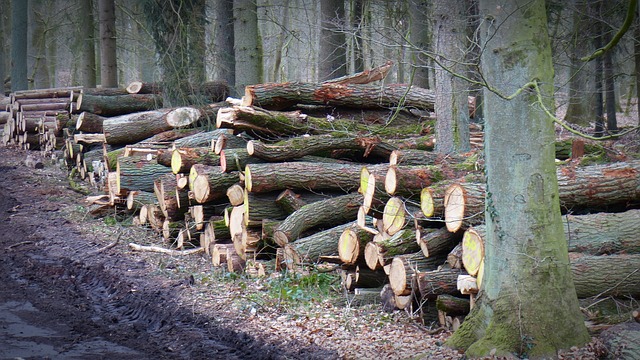 Illegal logging in Romania is a US$1 billion dollar industry (Photo: bernswaelz, Pixabay, License)Dave Gehl, manager for technology and traceability at the Environmental Investigation Agency, told OCCRP on Wednesday that while the new system had promised a significant improvement on the previous model, its implementation has been marred by poor accessibility and exceptionally limited publication of data.

Last year, OCCRP published a story examining the impact of Romania’s chronic failure to address the problem of rampant illegal logging throughout its woodland regions, and the consequences this will have for Europe’s efforts to redress the devastating effects of climate change.

Introduced on January 31, Sumal 2.0 transformed Romania’s means of monitoring the country’s logging industry from a largely paper-based system, itself wide open to fraud, to an entirely digitised platform.

The software was supposed to contain information on virtually every step in the supply chain, from authorisation and harvesting through to transport and timber processing.

Gehl says that when the switch was made two months ago, none of this data was in fact made publicly available. Some information on transport and permits has since been added to the software, but this remains difficult for the public to access, and a far cry from what was initially proposed.

In June last year, the Romanian parliament approved legislation requiring all information contained in Sumal 2.0 to be transparent and freely accessible to the public.

“There’s no technical reason why this shouldn’t be a much more user-friendly system, or that the information shouldn’t be publicly available. It’s been under development for more than one year, they’ve had plenty of time,” Gehl said.

“It won't be a magic bullet to solve Romania's illegal logging problem, but if the government makes it fully transparent as required by the law, Sumal 2.0 will be a revolutionary model for governance of forests not just in Eastern Europe, but also the rest of the world,” he added.

In February 2020, the European Commission began legal proceedings against the Romanian government over its failure to tackle illegal logging, much of which is perpetrated by organized criminal groups who enjoy protection from corrupt local officials. Today, that action remains ongoing.

Activists told OCCRP last year of the impact these criminal enterprises are having not just on the country’s natural resources and fragile ecosystems, but also the rural communities who live in Romania’s vast forest regions.

More than 600 attacks have been reported over the last decade, including at least seven murders.

“It’s like this feudal system, where the guy who owns the local forestry company also owns the local shop, the restaurant, the hotel, basically the rest of the businesses in the area,” one researcher said.

“There’s this culture of omerta. You don’t talk about it, and if you do, you’re isolated from the community,” another added. “Your relatives that work with the wood mafia are told not to speak with you any more, and the priests don’t receive you for communion.”

Shortly after the European Commission’s warning was issued, opposition groups within the Romanian parliament proposed legislative measures to introduce a specialized unit within the National Anti-Corruption Directorate to combat environmental crimes, the gangs behind them and the officials who protect them.

The senate is understood to have approved the proposal in June 2020, but the government was later reported to have succeeded in having the measure ruled unconstitutional because its initiators had not taken account of budgetary concerns.

Meanwhile, the Competition Council of Romania has since imposed sanctions against 31 timber companies, issuing fines totaling approximately 26.6 million euros (US$32 million) over allegations of collusion and price fixing at auctions.

Among those sanctioned are HS Timber, the company formerly known as Schweighofer. In 2016, OCCRP released its Clear Cut Crimes documentary, which featured a former employee at the firm seemingly admitting to undercover researchers that he would not have a problem buying illegal timber.

Gehl says that also on the list of sanctioned companies are a number of sub-suppliers for Ikea. An investigation by Earthsight last year revealed that the Swedish furniture and home appliance conglomerate had allegedly been selling goods manufactured from wood obtained via corrupt means in neighbouring Ukraine.