Colombia is considering centralizing the purchase of gold to combat illegal mining, violence, and environmental damage and prevent the mineral from entering the black market. 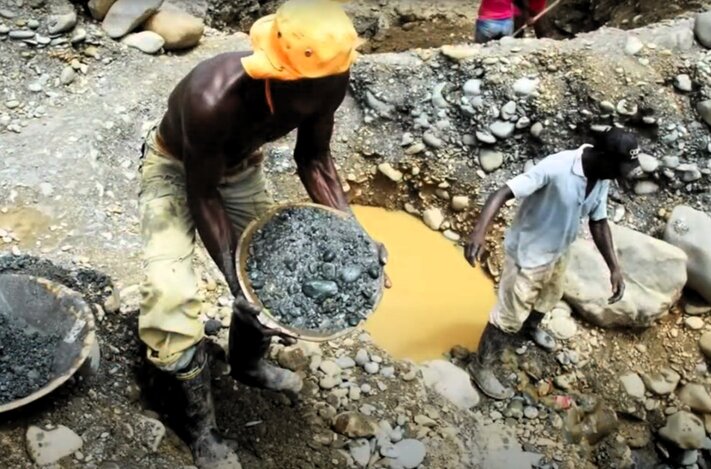 Illicit gold mining in Colombia. (Photo: screenshot Youtube) President Ivan Duque said during a regional conference on mining this week that by channeling the gold trade through the Central Bank, Colombia will reduce the illicit activities that have fueled gang-violence across the country and have served as a profitable business for local organized crime.

“To prevent that illegal commerce, we’ve considered restarting a conversation with the Central Bank to centralize the purchases of gold,” Duque said during the conference, which gathered leaders and decision-makers from Latin America.

He also announced that his administration plans to introduce a bill before Congress this month. The proposed legislation provides stricter sanctions for environmental crimes and illicit mining.

“It is precisely this illegal extraction of minerals that ends up accumulating the largest mercury dumping, causing deforestation, and is also connected with crimes such as drug trafficking," he said.

As part of a series of actions the country is taking to establish a more organized mining sector, Colombia also signed a global agreement against the use of mercury and kicked-off a plan to register small and medium-scale miners.

Duque added that about 18% of the country’s exports come from the mining sector, while the industry provides more than 150,000 direct and indirect jobs.

Peru, one of the world's top gold producers, according to the United States Geological Survey, is also evaluating the implementation of more controls in the process of commercialization of gold.

"The state controlling the commercialization process of gold from smaller mining operations is the only way to have traceability. Without traceability, informal mining will continue to be predominant," Peru’s mining minister Jaime Galvez said during the conference.

Galvez added that the Peruvian government is working to eliminate the use of mercury in the small and medium-scale artisan mining sector.