Hundreds attended on Wednesday the funeral of three young women who have worked for a TV and radio station in the eastern Afghan city of Jalalabad and who were gunned down a day earlier in two separate terrorist attacks the Islamic State has claimed responsibility for. 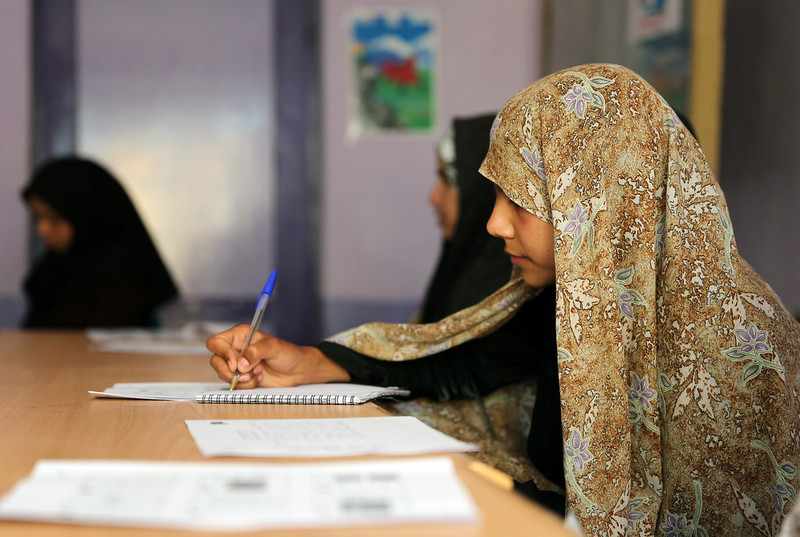 Women’s photojournalism course in Farah City, Afghanistan (Photo: Josh Ives - U.S. Navy, Flickr, License)The attack was part of a wave of violence against journalists and media workers in war-torn Afghanistan. The three recent graduates in their 20s were killed on their way home from the private station Enikas TV, the head of the station Zalmai Latifi said.

Another female media worker was wounded in the attack and taken to a hospital where she remains in critical condition.

This was not the first terrorist attack against female journalists at Enikass TV. The station lost in December journalist Malalai Maiwand.

Afghan President Ashraf Ghani condemned the killings in a statement, saying that “attacks against innocent compatriots, especially women, are contrary to the teachings of Islam, Afghan culture and the spirit of peace.”

Afghanistan is one of the most dangerous countries in the world for journalists.  Media workers and human rights activists are under frequent attacks from militants, particularly over the past  few months when several prominent figures were targeted and assassinated.

A United Nations report said that since 2018 at least 30 media workers and journalists were killed in Afghanistan.

“These attacks are meant to intimidate; they are intended to make reporters cower; the culprits hope to stifle freedom of speech in a nation where the media has flourished during the past 20 years. This cannot be tolerated,” the U.S. Embassy in Kabul said on Twitter.