Europeans with substance addictions have struggled during the coronavirus pandemic, yet the healthcare workers supporting them have generally responded with speed and flexibility, according to a report published Monday. 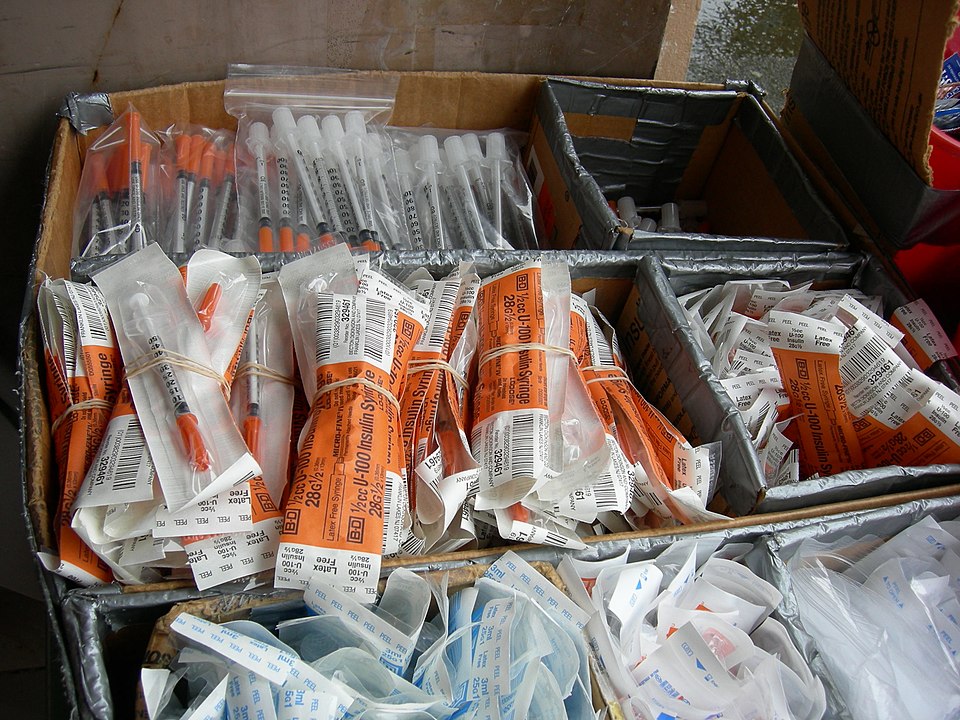 Harm reduction services, like needle exchange programs, have largely continued to function during the pandemic (Photo: Joe Mabel, Wikimedia, License).The Pompidou Group, the Council of Europe’s drug policy platform, state in their analysis that medical personnel across the EU rapidly adapted to the pandemic by improving hygiene conditions in drug consumption rooms and residential drug treatment facilities, while easing access to substitution medication.

As a result, all but two of Germany’s drug consumption rooms stayed open during the lockdown, for example, allowing users to consume their illicit substances in sanitary conditions under the supervision of trained staff.

Substitution treatment, which involves giving users an “substitute” substance while they ease off the initial drug or deal with the underlying problems in their life, was expanded across many EU countries by allowing users to take home larger doses than before.

The digital realm saw the most profound change, however, with the emergence of smartphone apps designed to prevent overdose deaths, notes the report. Drug users activate the app just before consuming a substance and if the person does not send a confirmation after a few minutes, the app automatically notifies contact persons or emergency services.

That such digital solutions cannot help those without smartphones or steady broadband, however, is reflective of a larger trend in how those with addictions have suffered in different ways depending whether they were stuck at home or without a home.

Alcohol and cannabis abuse are thought to have risen among those stuck at home, while disruption of drug distribution and retail sale as a result of lockdown orders has forced some users to switch to cheaper or more accessible drugs that may be more dangerous.

For example, certain countries have seen heroin droughts that pushed some people to switch to cheaper synthetic opioids that may contain fentanyl, according to an EU report on drug markets during the pandemic. Unfamiliar with the new substance’s appropriate dosage, many thereby risk overdose.