A criminal organization allegedly duped Iranian nationals living in Australia into becoming drug mules who received and stored liquid methamphetamine before unknowingly handing it off to be distributed, according to a press release by the Australian Federal Police (AFP). 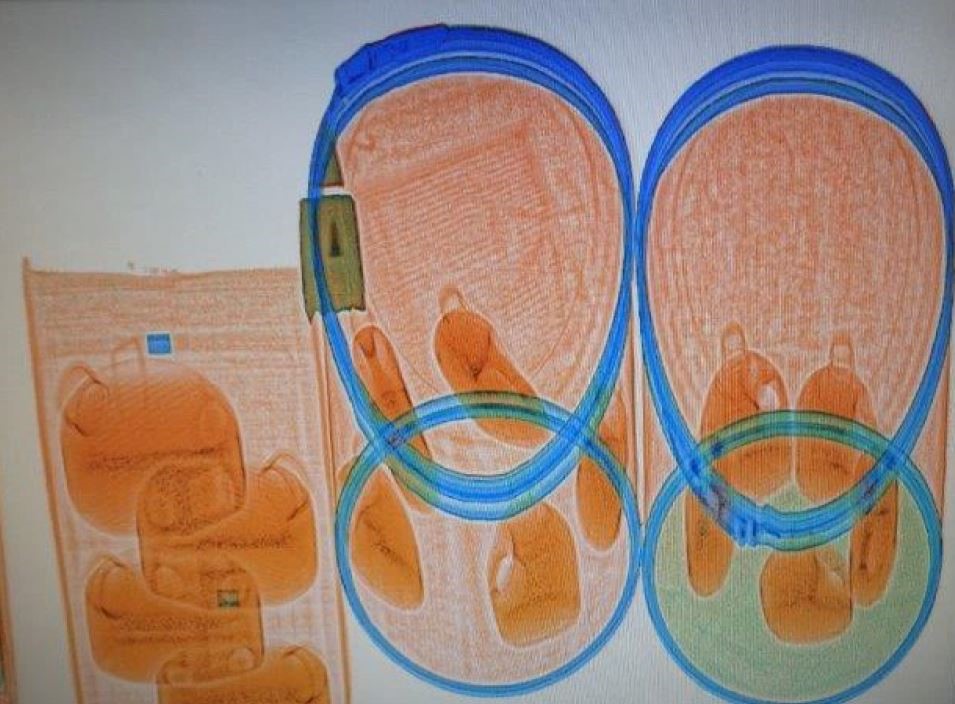 Scan of the smuggled drug. (Photo: Australian Federal Police)The victims were allegedly recruited with unsolicited job offers from strangers or old acquaintances who promised large sums of money in exchange for accepting and storing shipments of what they were told were Iraninan products, but were actually illicit drugs, AFP said.

“We are warning members of the community to be vigilant to these schemes,” AFP Commander Investigations Todd Hunter said in the statement.

“Receiving a substantial payment for the simple task of receiving goods and passing them along should raise alarm bells – if the job opportunity seems too good to be true, it probably is,” he warned.

Authorities claim innocent targets are told they will be distributing innocuous goods like car polish, decorative stones, or picture frames. One man was reportedly told he would be helping distribute Iraninan “agricultural products” and was paid several hundred dollars to receive and store each of several shipments of what authorities later found was 2.5 kilograms of liquid meth.

After accepting and storing these packages, victims hand them over to strangers accused of having ties with Middle Eastern criminal organizations, who come to collect and distribute the contents.

AFP warned about the dangers of accepting packages from strangers.

“Importing and possession of border controlled drugs are Commonwealth offences and can result in criminal prosecution which can lead to penalties of up to life imprisonment,” Commander Hunter said.

“We want to ensure innocent people are not caught up in the work of criminal syndicates through these illicit schemes,” he added.