The World Bank has said on Tuesday that if it is true that Lebanese officials had jumped the line  to receive the vaccine, it will suspend its COVID-19 program for the country which includes the funding of the purchase of coronavirus vaccines. 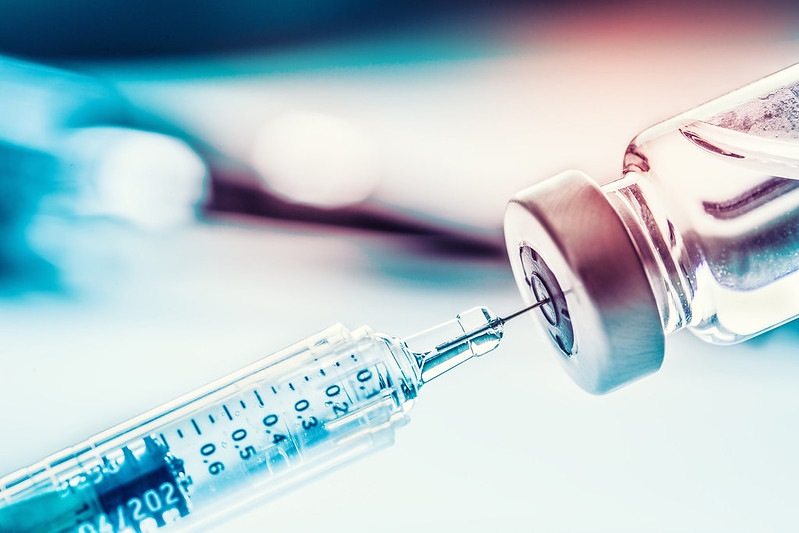 The World Bank may suspend financing for vaccines and support for COVID-19 response in Lebanon if proved that the country's officials had jumped the line to receive COVID-19 vaccine. (Photo: Alachua County, Flickr, License)The World Bank had agreed with Lebanese authorities on a national plan that includes a third-party monitoring agency to ensure “safe, effective and equitable vaccine deployment” to priority groups.

But soon after the first batch arrived on February 13, reports emerged that 16 Lebanese officials and politicians had jumped the queue and had received their first shots.

Regional director, Saroj Kumar Jha, said in a tweet on Tuesday that, if these claims are confirmed, the World Bank may “suspend financing for vaccines and support for COVID19 response across Lebanon.”

The news that politicians have unfairly skipped the queue and received their first doses at the parliament triggered a storm of public outrage.

#NoWasta [no nepotism] is trending on Twitter. One user wrote that “if they can’t handle 30k vaccines, they can’t handle an IMF package or new WB loans. That’s the lesson from the first week of the #NoWasta vaccination campaign. #Lebanon”

Others tweeted that the World Bank’s threat was unfair: “So unethical. MPs get vaccinated and the Lebanese people gets [sic] punished? #NoWasta.”

The head of Lebanon’s doctors syndicate, Charaf Abou Charaf, warned on Tuesday that this was not the only case and there were “many violations,” referring to people who were inoculated although they were neither registered to receive the vaccine, nor did they belong to a high-risk group.

The same day, the head of the vaccination committee, Dr. Abdel-Rahman Bizri, also threatened to resign over the “violation we cannot stay silent about.”

This is just the latest scandal in a country where corruption, mismanagement and incompetence have been at the heart of three crises it is going through.

Living under one of the strictest coronavirus lockdowns in the world and in the aftermath of the devastating Beirut Blast that remains unresolved, Lebanon is also suffering from the biggest economic crisis in its modern history.

Over 4,400 people have died from COVID-19 in the country since the first infection was recorded on February 21, 2020.