In a landmark ruling hailed by human rights activists, Pakistan’s Supreme Court on Wednesday overturned the death sentences of two prisoners with mental illnesses after they spent decades awaiting execution. 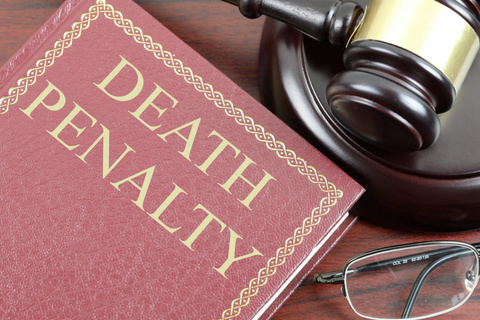 Bibi has spent thirty years on death row. She was arrested in 1989 for murdering the wife and children of a wealthy landowner for whom she worked as a housemaid.

Questions linger over that conviction, with the Cornell Center noting a lack of reliable evidence against Bibi. About sixteen at the time, she was severely tortured by police for days before being sentenced to death in 1991. She was later diagnosed with schizophrenia in 2000.

Ali was charged with the murder of a religious scholar in 2001 and he was later diagnosed with schizophrenia in 2008.

Rights groups have made a considerable struggle under the Justice Project Pakistan to help the prisoners.

Sarah Belal, Executive Director of Justice Project Pakistan fought 10 years for the two convicts. She expressed her feelings in an editorial, saying that “there are no words to explain how we feel (after) 10 years of litigating these issues before every court in the land. The SC finally weighs in on the question & upholds the rights of the most vulnerable prisoners in our justice system. A dream come true.”

Belal added that mental health remains a stigmatized topic in Pakistan, with the country’s prisons highlighting the bleak situation of the mentally ill.

The country’s record on the death penalty is checkered. In 2008, the Pakistan ratified a convention that prohibits the execution of mentally retarded people. From that time, only one prisoner with mental illnesses has been executed, Munir Hussain in 2015.

Meanwhile, authorities halted capital punishment from 2008 to 2014 after pressure from international human rights groups. However, after a Taliban attack on a school in Peshawar in 2014, the government lifted the moratorium and introduced strict punishments. Since then, about 518 people in Pakistan have been executed and 4,225 remain on death row.

Bibi and Ali spent a long time in prison, which will be counted by the courts as sentences served. Both will be given freedom if a medical board approves, or will be sent to mental health facilities for treatment.

Munawar Hussain, a cousin of Bibi, said he appreciated the court's ruling, stressing she’d faced extreme hardship since being arrested at a very young age and he wished for her to spend the rest of her life with the family.

Meanwhile, the judges have said lawyers should seek a pardon for Abbas, who has spent almost fifteen years on death row according to Zainab Manzoor, a lawyer at Justice Project Pakistan.

Legal experts termed it a landmark ruling. “This judgment clarifies the law related to those who suffer from mental illness either during the trial or who are on death row,” Osama Malik told OCCRP.