With the help of Serbia’s Security and Intelligence Agency (BIA), police in Belgrade arrested 17 people suspected of being members of an organized group that committed serious crimes, including kidnappings and murders, Serbian authorities said Thursday. 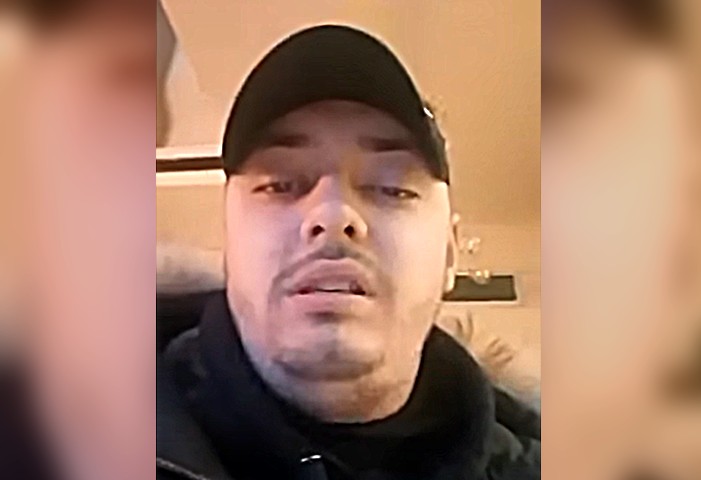 Veljko Belivuk, aka Velja Nevolja, suspected leader of a criminal group involved in serious crimes. (Photo: KRIK)Interior Minister Aleksandar Vulin told reporters in Belgrade that the group has also allegedly been involved in extortion and drug dealing and that it hid under the guise of a soccer fan club.

“Serbia is a serious country and we will not allow some new ‘Zemun clan’ to be formed,” Vulin said, referring to a notorious criminal group that was part of the Serbian mafia. “We will not tolerate organized crime groups that believe they are stronger than the state, to kill, deal drugs, racketeer and extort,” Vulin said.

The acting head of the anti-organized crime unit of the Serbian police, Ninoslav Crnolić, stressed that the arrested group is “responsible for a series of the most monstrous crimes in the last couple of decades.”

Serbian President, Aleksandar Vučić, commended the joint police and intelligence operation, stressing that it dealt “a big blow to the mafia and a big blow to organized crime.”

The gang was allegedly led by Veljko Belivuk who has been also known as the leader of the so-called “Principi” - a fan club of the Belgrade football club Partizan, and as a member of one of Montenegro’s notorious criminal clans - Kavač. His right-hand man, Marko Miljković, has also been arrested.

Belivuk and Miljković were shortly detained last Friday at the Belgrade airport. A dozen of armed and masked police officers detained the two shortly and released them after questioning, according to OCCRP Serbian partner KRIK.

Only a day earlier, Montenegrin police and the country’s Organized Crime Prosecutor said that they have prevented an attack one Montenegrin criminal group was planning against members of another. Officials said that a murder was to take place at the airport in the coastal town of Tivat.

The magazine Blic, identified the targets as Belivuk and Miljković who were supposed to be assassinated by the Škaljari clan.

The Kavač and the Škaljari clans both hail from Kotor, on Montenegro’s picturesque Adriatic coast. They were once part of the same gang smuggling drugs from South America into Europe, but split in 2014 after a cocaine deal in Spain went bad, creating a violent rift that has deepened ever since — and pulled in other Serbian and Montenegrin crime groups.

The clash between the two clans so far took 171 victims, according to the Black Book (Crna knjiga), an investigation project by KRIK and Radio Free Europe.