Capital One to Pay $390M for Money Laundering Failures

An American bank will pay US$390 million for receiving proceeds connected to organized crime as a result of failing to enforce anti-money laundering and suspicious transactions measures. 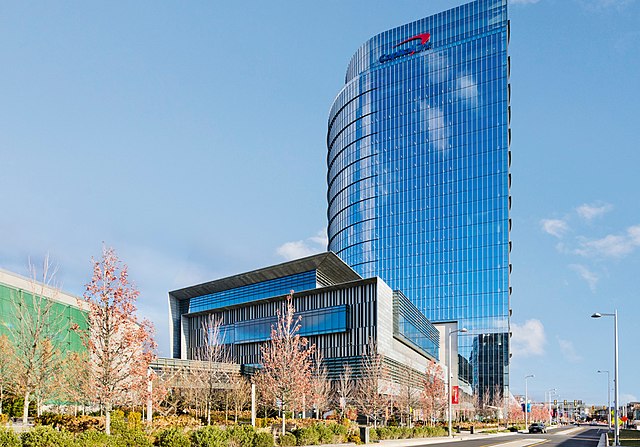 Capital One headquarter, McLean, Virginia. (Photo: Jmswllms0, Wikimedia, License)The U.S. Financial Crimes Enforcement Network (FinCEN) announced on Friday the penalty against Capital One Corp. The bank admitted it had wilfully failed to maintain effective controls and acknowledged its negligence in filing Suspicious Activity Reports in a timely manner despite warnings and internal assessments.

As a result, billions of dollars went unreported through one of the lender’s control units between at least 2008 until 2014, allowing illicit funds linked to tax evasion, fraud, and other financial crimes to enter the U.S. financial system.

Among the high-risk customers handled by the unit was Domenick Pucillo, a convicted associate of the Genovese organized crime family and one of the largest check-cashers in the New York/New Jersey area.

According to FinCEN, Capital One was made aware of Pucillo’s involvement in criminal activities but failed to file suspicious activity reports concerning his accounts, negligently processing more than 20,000 transactions valued at approximately $160 million.

In May 2019, Pucillo pleaded guilty to conspiring to commit money laundering through loan sharking and illegal gambling proceeds that flowed through his holdings at Capital One.

FinCEN’s Director, Kenneth A. Blanco, said the bank’s conduct had been in total disregard of its obligations under the Bank Secrecy Act.

“Capital One’s egregious failures allowed known criminals to use and abuse our nation’s financial system unchecked, fostering criminal activity and allowing it to continue and flourish at the expense of victims and other citizens,” Blanco said.