A court in the United States has sentenced a Bulgarian national for his role in a multi-million dollar cyber-fraud and money laundering racket, according to a statement from the Department of Justice. 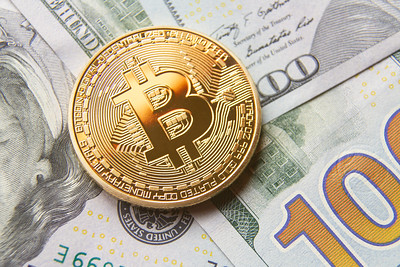 Rossen Iossifov, former owner and operator of cryptocurrency exchange RG coins, will serve ten years (Photo: QuoteInspector.com, Flickr, License)OCCRP previously reported in October 2019 that the court had convicted Rossen Iossifov after he was shown to have used his cryptocurrency exchange RG coins, headquartered in Sofia, to assist fraudsters in laundering their proceeds.

The DoJ said in its release on Tuesday that Iossifov has now been sentenced to ten years behind bars, of which he will have to serve a minimum of 8.5 years before being eligible for release.

According to evidence presented at trial, Iossifov’s main clients were Romanian scammers who took part in an international criminal enterprise referred to by the DoJ as the Alexandria Online Auction Fraud (AOAF) network.

Iossifov helped defraud at least 900 American citizens and laundered nearly US$5 million in cryptocurrency for the scammers in less than three years. In return, he received over $184,000 in profits for processing related transactions.

During this period, the Romania-based members of the criminal organization used widely-recognised sales websites, such as eBay and Craigslist, to advertise high-cost goods, mostly vehicles, that did not actually exist.

Once victims made their purchase, local associates would receive the funds, which they would then convert into cryptocurrency and later transfer to money launderers abroad.

Iossifov was one such foreign-based money launderers who facilitated this final step in the scheme, allowing his clients to conduct cryptocurrency exchanges for cash without any documentation regarding the origin of the funds.

Two months before Iossifov was convicted, fifteen other defendants in the case pleaded guilty for their roles in the online auction fraud.

A U.S. court said then that members of the conspiracy created fictitious online accounts to post the advertisements. They also delivered invoices to the victims bearing trademarks of reputable companies and set up legitimate-seeming call centers so as to impersonate customer support.

A further three defendants named in the case remain at large.