A court in Cape Verde ruled on Monday that Colombian businessman and Venezuela’s special envoy Alex Saab can be extradited to the United States where he is facing money laundering charges in connection with a bribery scheme allegedly related to President Nicolas Maduro’s government. 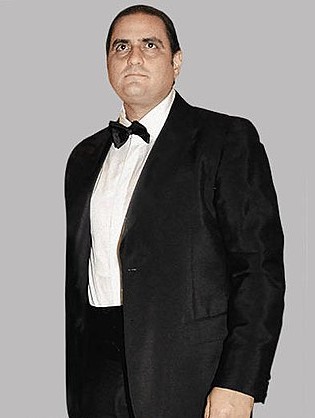 According to prosecutors, Saab and his associate Alvaro Pulido Vargas obtained a government contract to build low-income housing units. That allowed them to take advantage of Venezuela’s government-controlled exchange rate under which they could obtain U.S. dollars at a favorable rate by submitting false import documents for goods they never imported.

They bribed Venezuelan government officials to approve those documents and transferred approximately US$350 million out of Venezuela, through the United States, to their overseas accounts, according to the indictment.

At the same time, the US Department of Treasury put Saab and a number of his associates under sanctions for their alleged involvement in a food-aid distribution corruption scheme. Saab allegedly ran a complicated network of shell companies that laundered money earned from overvalued government contracts meant for food subsidies.

The 48-year-old Colombian, often described as President Maduro’s front man, was detained last June on an Interpol “red notice” when his plane stopped on the African archipelago to refuel. He was heading to Iran as Maduro’s special envoy to negotiate food, medical supplies, and other goods.

A U.K. judge blocked the extradition of the WikiLeaks founder on the same day Cape Verde approved Saab’s, although the Madrid-based law firm that represents both of them used the same arguments.

“A significant number of the arguments we raised in our defense have been accepted today by a U.K. court in its ruling refusing to extradite Julian Assange to the United States,” Pinto Monteiro said Monday. “However, those same arguments have fallen on deaf ears in Barlavento (Cape Verde),” he added.

Venezuela's Foreign Affairs Office had asked Cape Verde in December to allow Saab to celebrate Christmas with his family and respect the decision of the Court of Justice of the Economic Community of West African States (ECOWAS) and put him under house arrest.

“There is no doubt that the detention of Special Envoy Alex Saab is part of the obsessive siege campaign, orchestrated by the agonizing outgoing government of the United States against Venezuela, with the aim to inflict more suffering to the Venezuelan people and to destabilize its institutions and internal order,” the statement of the Office said.

Saab’s lawyers will appeal the extradition ruling before the West African country’s Supreme Court of Justice and said they will take any necessary action, both nationally and internationally, to set him free.