Pakistan's anti-graft agency arrested on Tuesday an opposition lawmaker for owning assets that they said he could not afford with his legal income. His allies say the move is part of the government's crackdown against political opponents. 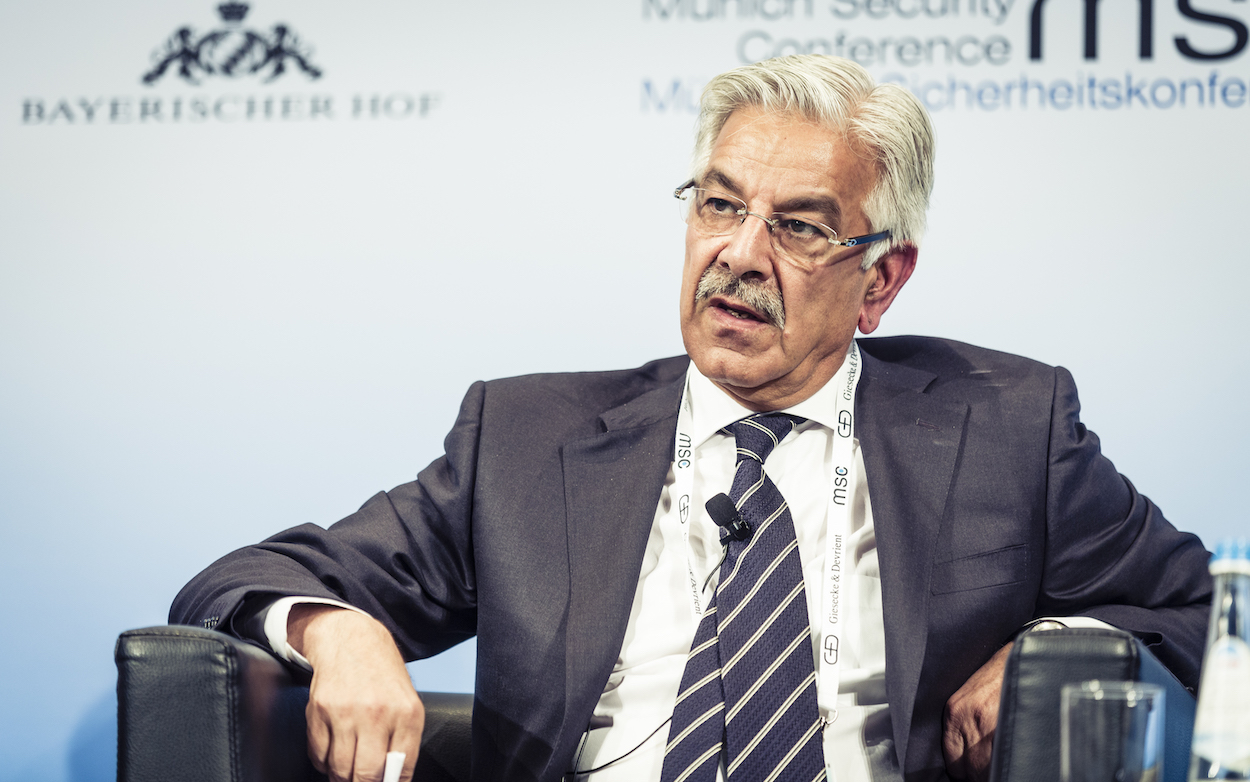 Khawaja Asif (Photo: Kuhlmann /MSC, Wikimedia, License)Khawaja Asif, a senior Pakistan Muslim League Nawaz’s (PML-N) official who previously served as foreign minister, was arrested by officials of the National Accountability Bureau (NAB) in Islamabad as he was leaving a meeting of his party.

“Khawaja Asif allegedly obtained assets in excess of his income while he failed to explain his source, nature and transfer of assets,” the NAB said in a press release.

Asif allegedly told investigators that he made the money working in the UAE, but the NAB said it found that the employment contract he presented only served as a cover, and that actually remained in Pakistan at the time.

The opposition lawmaker was presented to the accountability court judge on Wednesday in Islamabad and was then transferred to the eastern city of Lahore.

“I am 100 percent sure that Prime Minister Imran Khan is behind my arrest,” Asif told reporters who had gathered in front of the Islamabad court.

Since Khan came into power two and a half years ago, he has continually tried to weaken former leader Nawaz Sharif and his PML-N party, he added.

Khan’s Foreign Minister Shah Mahmood Qureshi said at a press conference that Asif failed to answer the NAB’s questions, saying that “nobody is above the law and everyone is accountable.”

"The arrest of Khawaja Asif is an extremely reprehensible incident between the selectors and the selected nexus. The government's confusion can be determined from such heinous acts but the government is bringing its end closer. The days of blind political revenge are numbered," said Sharif, who was also tried for corruption and was declared a fugitive after he failed to return to Pakistan from his medical treatment in London.

Khan, who assumed Pakistan’s highest office in August of 2018 after promising to end widespread corruption, has been accused by members of Nawaz Sharif’s former ruling party of using the NAB to suppress the opposition and critics of his government.

The anti-corruption agency has arrested nearly a dozen politicians from the opposition, mostly from Sharif’s PML-N party, over corruption allegations. They deny that it is being used for political purposes and maintains that it is an independent body acting in line with the law.